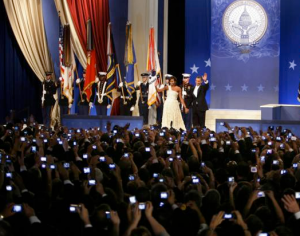 We already knew that sites like Twitter, Facebook and CNN saw incredible traffic throughout the day, but Google was one of the key cogs that drove traffic to many of those sites. Searches for live coverage of the inauguration controlled most of Google’s top queries, something, again, that people didn’t really even think about just eight years ago. “YouTube,” “live blogging,” “podcast” and “mp3” were all terms that factored highly in yesterday search results.

And it wasn’t confined to the U.S. either. Some 12 percent of all inaugural-related queries on Google came from other countries.

But my favorite graph has to be the one below. Overall search query volume dropped dramatically between the beginning of the presidential oath and the end of President Obama’s inaugural speech. That suggests people may have actually been listening rather than searching for things like “Britney Spears” on Google. 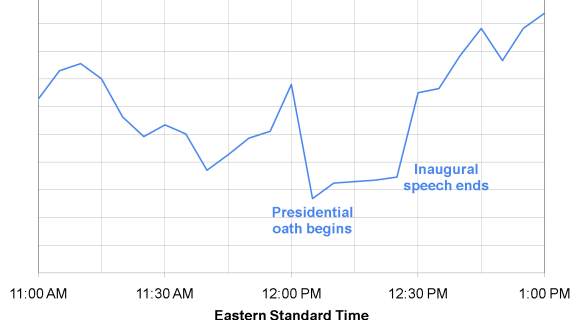