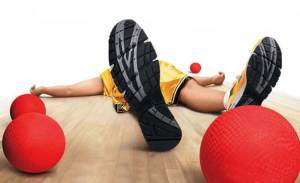 Well, Google picked a good day to announce layoffs and kill a bunch of products. While everyone is busy reading about Apple chief executive Steve Jobs’ leave of absence for health related issues, Google has more or less killed six of its products. Let’s survey the damage, shall we?

First up, Dodgeball, a service close to the hearts of many of San Francisco’s tech elites (but few others) is being shut down. Dodgeball is a mobile social network centered around location, but unlike some of the newer location-based networks, Dodgeball required you to enter your location manually via text message. I’ve used the service, and while it was interesting, it was only useful if your friends used it as well.

Google bought Dodgeball in 2005 and managed to do absolutely nothing with it. One would think it could have been an interesting addition to its Android mobile platform (albeit updated to work with GPS and newer technology), but it was left to die like so many other Google acquisitions. Dodgeball’s founders made some waves in 2007 when they very publicly quit Google, clearly unhappy with the way Google had treated Dodgeball post-acquisition.

A specific date for when the service will be shut down hasn’t been given, but expect it to happen sometime in the next couple of months, according to the Google Code Blog.

Speaking of companies Google bought and then did nothing with, another one, Jaiku, isn’t shutting down per se but will “no longer actively develop the Jaiku codebase,” reads the post on the Google Code Blog. Instead, Jaiku’s source code will be open-sourced on the Google Code site and will be a community project under the name the Jaiku Engine project. A volunteer team of Googlers (no doubt those who built Jaiku to begin with and came over post-acquisition) will ensure the service lives on outside of the Google umbrella.

That’s good news. Jaiku was born as a micro-messaging service like Twitter or the newly funded Identi.ca, but it offered more options such as the ability to automatically import feeds from various services into your stream.

Google bought Jaiku in October 2007, and again, did basically nothing with it. In fact, after the purchase, Google closed the site to new sign ups and those of us who had accounts noticed problems such as feeds only being imported part of the time. The first sign of life post-acquisition seems to be when the service went down for a weekend this past August and came back up with the ability for users to finally invite new people to try it out — and it was also moved over to Google’s servers.

We may never know Google’s original plans for Jaiku, but it also seemed like it would have fit in with their mobile plans. At the very least it could have been an interesting competitor for Twitter when that service was having all its downtime issues earlier in 2007. Instead, Google did nothing with it.

Mashup Editor was a closed beta product that let you make mashups of things like RSS feeds — similar to what Yahoo Pipes does. As far as I know, not many people used it, and not a lot of people will miss it. Google’s official line on the service’s dismantling from the Google Code Blog:

Finally, in the spirit of onward and upward, we have decided to shut down the Mashup Editor, currently in limited private beta, in favor of the more powerful App Engine infrastructure. Existing Mashup Editor applications will stop receiving traffic in six months, and we hope you will join our team in making the exciting transition to App Engine.

While videos already on Google Video (not to be confused with the much more popular video site that Google owns — YouTube) will remain online, Google is shutting down the ability to upload new videos to the service, effectively killing it as its own online video service and instead turning it into a video search engine — something Google has basically been trying to do since shortly after it bought YouTube in late 2006.

As the company writes on the Google Video Blog:

We’ve always maintained that Google Video’s strength is in the search technology that makes it possible for people to search videos from across the web, regardless of where they may be hosted. And this move will enable us to focus on developing these technologies further to the benefit of searchers worldwide.

Another Google service that was always more interesting in theory was Notebook. And it will remain that way, as Google is stopping active development on it next week. The service will continue to work as a service for jotting down ideas from around the web and bookmarking pages, but don’t expect any new features.

Instead, Google uses the Official Google Notebook Blog (yes, they have a lot of blogs and yes, this one will probably be discontinued as well) to point everyone to Search Wiki, Google Docs, the newly launched Tasks feature in Gmail and Google Bookmarks. 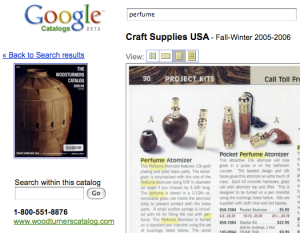 And finally, one of the dumbest products I think Google has ever come up with, Google Catalog Search, is being shut down, according to the Inside Google Book Search blog.

Catalog Search did exactly what it sounds like: Searched the text of product catalogs — you know, those things your mom used to get in the mail before there was this technology called the Internet. But while something like Google Book Search makes sense — books have been around a long time, detail a lot of human history and hold a fond spot in almost everyone’s heart — product catalogs are mostly crap.

To be fair, Google launched Catalog Search in 2001, the company’s early days. And Google says the service allowed it to better refine its technology.

With all of these services shutting down, one has to wonder, what’s next? Steve Rubel of Micro Persuasion throws out Google Reader as another service Google could possibly shut down, but that seems very unlikely. Google Reader won the award for best application or service at the Crunchies award show that VentureBeat helped put on last week. In accepting the award onstage, Google’s senior vice president of search product and user experience Marissa Mayer, said the service was one of the fastest growing in Google’s arsenal.

Rubel wonders how Google can monetize Google Reader, but unlike a service like YouTube, Reader probably doesn’t cost much for Google to run, and as long as it’s popular, the company’s probably content to keep drawing users away from other RSS readers. Plus, I expect the service to launch some interesting things this year along the lines of the more social aspects its been working on with sharing feed items. In other words, I’m waiting on a “Most Shared” feature.

TechCrunch’s Jason Kincaid throws out Knol and Grand Central as two other Google services that could get the axe this year. Knol certainly hasn’t caught on as the “accountable Wikipedia” that Google was hoping for. Grand Central, which attempts to centralize your phone on the web, is another aquistion that Google apparently doesn’t mind neglecting.