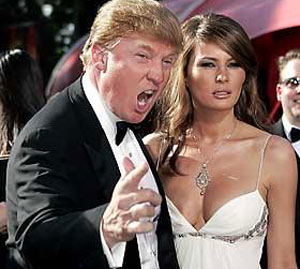 Specifically, the company just published a blog post clarifying the presence of its advertising on the web page of Trump’s TV show The Apprentice. Apparently, someone believing that Groupon was an Apprentice sponsor started a petition calling for a boycott after Trump used his show as a platform for a possible presidential campaign and to dredge up the tired old rumors that President Barack Obama wasn’t born in the United States.

However, Groupon says it has “never been a sponsor of The Apprentice on TV or on the web.” Instead, it placed ads on NBC.com knowing that they would appear on an NBC site but “not specifically which page.” Moving forward, Groupon says that it will make sure it doesn’t advertise on The Apprentice again:

It’s the same reason we don’t run deals on guns or abortion … this isn’t a political statement, it’s avoiding intentionally upsetting a segment of our customers.

Groupon is probably still smarting from the controversy over its Super Bowl ads in January, which were heavily criticized for trivializing the troubles in Tibet. The company is in a challenging position now, since it’s fending off existing competitors like LivingSocial while big tech players like Facebook and Google enter the field. The deals industry isn’t really tech-driven, so it’s hard for companies to differentiate their offerings. One of Groupon’s assets is its edgy sense of humor, but it has to be funny and compelling without crossing the line and driving a large segment of users away.