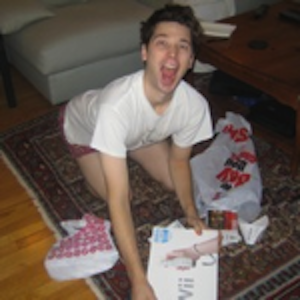 You might think that group-buying sensation Groupon would have to repress its tongue-in-cheek sense of humor as it prepares for its its initial public offering — and to some extent, that’s true. But even though Groupon’s IPO filing is dominated by the usual financial numbers and corporate-speak, a little bit of the company’s mischievousness sneaks through.

For example, in co-founder and chief executive Andrew Mason’s letter to shareholders, he recalls how Groupon grew out of nonprofit fundraising site ThePoint “to get [co-founder Eric Lefkofsky] to stop bugging me to find a business model.” Mason adds, “After selling out on our original mission of saving the world to start hawking coupons, in order to live with ourselves, we vowed to make Groupon a service that people love using.”

I don’t think remarks like that are there just to keep Mason amused. Instead, they help him communicate a larger point about the company. As he put it, “We are unusual and we like it that way.” Some of that uniqueness takes the form of humor and self-deprecation. “Life is too short to be a boring company,” Mason writes (that’s Mason pictured left, in his Twitter profile). That attitude makes Groupon’s deals a real pleasure to read, but the approach can backfire, as it did with Groupon’s controversial SuperBowl ads.

Groupon also takes a unique attitude towards its finances, Mason says. He plans to continue spending aggressively on growth, and to experiment with new products, even if that comes at the expense of short-term profits. (When talking about a hypothetical IPO yesterday, Mason said one of the advantages in today’s environment is the fact that investors are willing to focus on the long-term.) To put it more bluntly: Groupon may continue to see losses for a while.

If you’re thinking about investing, hopefully it’s because, like me, you believe that Groupon is better positioned than any company in history to reshape local commerce. The speed of our growth reflects the enormous opportunity before us to create a more efficient local marketplace. As with any business in a 30-month-old industry, the path to success will have twists and turns, moments of brilliance and other moments of sheer stupidity. Knowing that this will at times be a bumpy ride, we thank you for considering joining us.