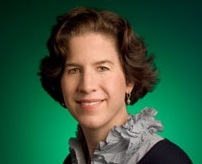 Today’s Groupon deal is a 47-year-old Chicago-based Google executive who runs global sales planning and technology for the search engine giant. For an undisclosed salary, she’ll be your chief operating officer!

Sound good? It did to Groupon, who will bring on Margo Georgiadis as their COO. The Georgiadis hiring, which follows the hiring of Amazon’s Jason Child as CFO in December, is a key move toward an IPO for the daily deal site, who needs to wow investors with an experienced management team surrounding 30-year-old co-founder and CEO Andrew Mason.

Interestingly, today is also the day that Google launched beta testing for Google Offers, a deals service that will compete with Groupon. Google is widely speculated to have tried and failed to acquire Groupon for $6 billion in December.

Georgiadis is the second Google employee to sign on to a high-ranking position at Groupon. In February, Jason Harinstein, part of Google’s M&A team, was brought on as senior vice president of corporate development.