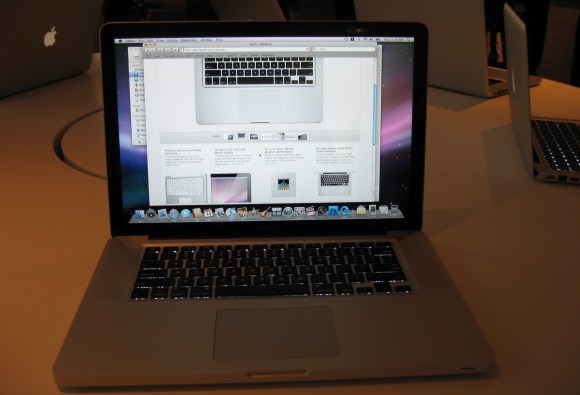 I just spent the past half-hour playing with the new MacBooks, MacBook Pros, MacBook Airs and the new Cinema Display. Very impressive all around.

The new body for the MacBook and MacBook Pro, built from a single slab of aluminum, is solid. I’m writing this on my old MacBook Pro — it’s a whopping 8-months old — and this thing feels downright rickety when compared to the new machines. Some people may think they don’t like the new two-tone aluminum and black look of the laptops, but I would suggest checking them out. The things look great, and make my dear old machine look, well, old.

The new glass trackpad is significantly larger in size than my current trackpad, which is really nice, especially for multi-touch gestures. But the clicking-the-whole thing is a bit odd. You can click anywhere on the trackpad to press it down, but I found myself clicking nothing but the bottom part where the button currently resides on trackpads. Perhaps that’s a habit thing, but I think it’s also more natural to click the button of the pad given where your hands normally reside on a laptop.

The systems didn’t get big upgrades in terms of their specs, but the graphics are supposed to be significantly faster with the new chipsets from NVIDIA. I played Spore on a regular MacBook and it ran well, undoubtedly much better than it would have on the old Intel integrated graphic chipsets that Apple was previously using in the MacBook. 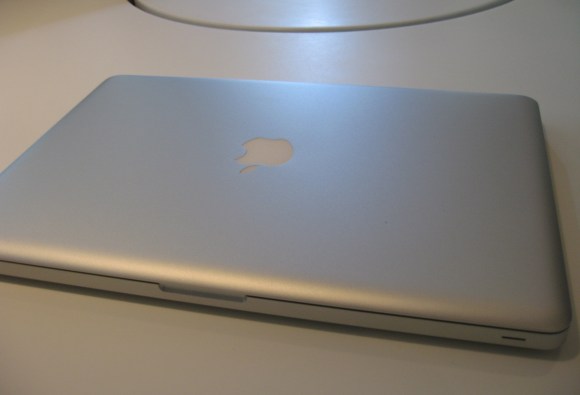 The new Cinema Display looks great. Not surprisingly, at 24 inches it looks a lot like the 24 inch iMac, but without the lower “chin” part. When Apple chief executive Steve Jobs described it during his presentation, the 3-cord hookup (USB, MagSafe power and Mini Display port) in one seemed a bit odd. But in practice it actually works very well. Obviously, you’d rather all of these connections be done in one cord, but that is not technically possible right now. I used the new Cinema Display hooked up to both the MacBook and the MacBook Pro (it also works with the new MacBook Air).

Basically, if you’re in the market for a laptop and desktop option but don’t want to buy two completely different systems, using a MacBook (or the Pro or Air) with this new Cinema Display would work great. You simply run a power cord into the Cinema Display, and through its cords it can charge/power your MacBook. The display also has extra USB port, speakers and an EyeSight camera/microphone.

An Apple representative also told me that using an adapter (which will probably be made by a third party), you should be able to use this new Cinema Display hookup with any MacBook that has a MagSafe power adapter. On my current system for example, I would need to convert my DVI output to a Mini Display one. 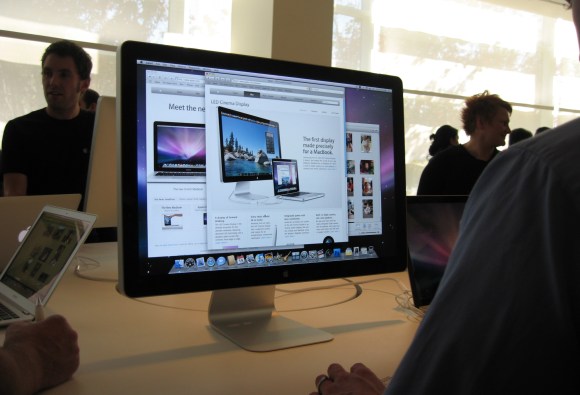 The MacBook Air is more powerful thanks to the new NVIDIA chipset, but it’s still a bit underpowered from a processor perspective for my tastes. It’s also a bit odd that Apple would add the new multi-touch gestures (the four-finger ones) to the MacBook Air trackpad, but did not install the new glass trackpad in the device. I asked an Apple representative about this, and his answer was a typical “we listened to our customers” one, which sounded a lot like it would have been more expensive to include it, and Apple actually cut the price of the MacBook Air.

The new MacBook is small enough and significantly more powerful that the Air, that I would rather have that. Sure, the Air is much thinner and lighter, but it’s also more expensive. The $2,499 version which includes a 128 gigabyte solid state drive (which is faster and more reliable than standard hard drives) would be nice if you had the money and really cared about maximum portability.

While some will undoubtedly complain that the new MacBooks start at $1,299 versus $1,099 (the newly-priced $999 MacBook is really just the old version), the increase in speed and design make them worth it in my opinion. In fact, I’m seriously considering buying one as a more portable option.

It’s hard to say anything bad about the new MacBook Pros. They look great after a redesign that’s been a long time coming and are at basically the same price points as before. The new dual-chip NVIDIA cards they contain should make the systems scream for graphics processing (I couldn’t find anything to run that really seemed to tax it).

It would have been nice to see a 20 inch and maybe 30 inch option for the new Cinema Displays (Apple will keep selling the old version in these sizes), but I’m sure those will come eventually.

It wasn’t a hugely “wowing” event, but, much like the new MacBooks, it was solid. 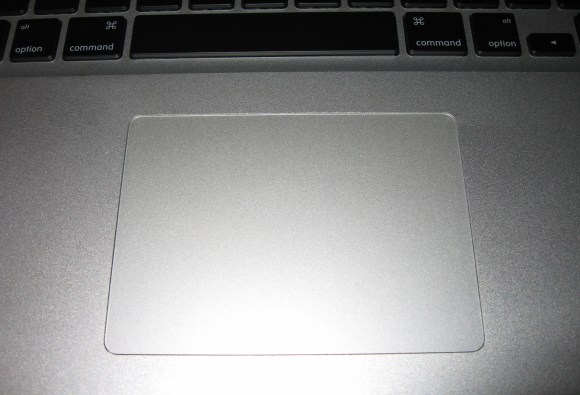