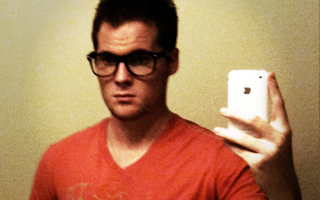 Twitpic founder Noah Everett today announced the launch of Heello, the startup he’s been brewing for exactly one year.

Yesterday, Twitter completed the rollout of its own official photo-sharing app, a move that spells danger for other photo-sharing services that use Twitter’s API.

Twitpic was on the top of that list, and now, Everett is swinging back at Twitter with his own microblogging competitor that includes photo-sharing capabilities out of the gate, with video-sharing and check-ins coming soon.

In addition to updates, which are called pings, the service also allows for following (“listening” to) other people and sending and receiving replies. You can also “echo,” or repost, a ping from another user.

“If Twitter can compete with its developers without fair notice, then why can’t we?” he quipped.

To see the service in action, check out the live stream of public activity. 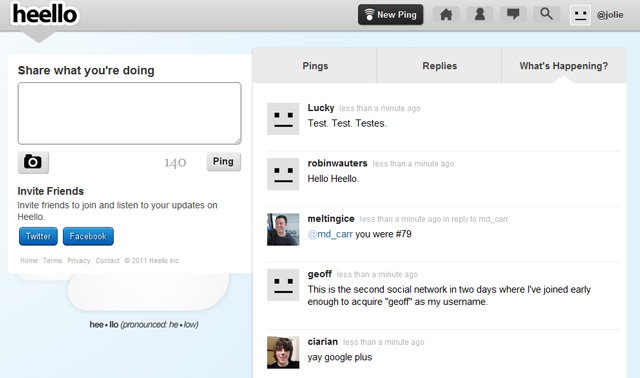 On a more serious note, Everett said that the timing of his launch was more an event of ironic serendipity than a planned stab at Twitter. “Twitter rolling out their photo option to everyone yesterday was a complete coincidence,” said Everett, “but I’m glad the timing happened that way.”

The founder also noted that Twitpic itself won’t be fading into obscurity any time soon. “Twitpic will continue to still live on; we’ve got a huge base of loyal users and we still want to continue to provide them with the best service possible,” he said.

Originally, Heello began as a completely different product that revolved around “email and making it suck less,” said Everett. “But not too long ago, we decided… social is fun, and we have experience at it.”

So does the young founder think Heello has the makings of a real Twitter competitor?

“I think anyone has a fair shot at competing with anyone,” Everett said.

In the near future, Everett and team are planning to launch video support, checkins, SMS integration, mobile applications, and something new that doesn’t relate to any of Twitter’s features: Channels.

“Channels will let users be grouped together, and users can then ‘listen’ to a channel to see all their pings,” said Everett. For example, you could set up a channel for dog lovers, people in a particular neighborhood, etc.

“We’re just trying to evolve on what microblogging is now and fill in the gaps for the users. People love to share what they are doing with photos, videos and where they are, we want to make that experience seamless and easy.”