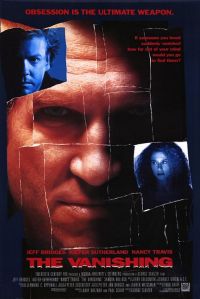 You have got to be kidding me. Maybe you’ve seen some movies disappear from services like iTunes over the past few weeks, I know I have, and I’m not alone. Well, that’s because the movie and television powers in Hollywood are demanding they be yanked while these movies get special treatment on television. You know, like being the movie of the week on some channel my grandparents watch.

And it’s not just iTunes, Netflix’s streaming video service “Watch Instantly” is also suffering from this vanishing movie syndrome thanks to the same licensing deals. Spokespeople from both Apple and Netflix have confirmed this information with CNET’s Greg Sandoval.

It’s already bad enough that iTunes can’t rent most new releases on their date of arrival (it can only sell them and rent them after a few weeks) because of Hollywood’s increasingly archaic licensing rules. But having movies be available in the store one second and not the next is ridiculous. Imagine walking into your local video store to get a specific movie and finding out that it’s not gone because of high demand but because a studio demanded it be taken off the shelves.

It reminds me of the black-out rules in sports television. If a game is playing in your hometown and seats are still available, sometimes local channels won’t show it on TV. People should be able to choose the way they want to enjoy content, not have it dictated to them.

Sandoval rightly asks why iTunes, Netflix and the other companies that do digital distribution over the internet are being treated like second-class citizens in this regard? While I’m sure all of these companies had to sign the licensing agreements knowing they would be at times getting the short end of the stick, the marketplace should be about survival of the fittest, not about catering to old school companies hoping to squeeze every penny out of advertisers by signing deals to broadcast popular movies.

Of course, Hollywood, like everyone else, has to follow the money, and right now the majority of it is still in the older methods of distribution (DVD, TV syndication, etc). But I fail to see how pulling a movie on iTunes for the week that it airs on television is really going to make Hollywood more money. Perhaps the television companies are just scared that unless their exclusive broadcast rights to a film includes digital streaming rights as well, they’ll be left playing the movie at a set time on a set night to an empty couch.

Right now, that wouldn’t be the case, as digital streaming is still a relatively small market, but eventually that could be the case. Though I’d argue that if the movie and television studios keep conspiring to keep content off of certain channels of distribution, it will only continue to drive people away, perhaps even from the content itself.

There’s a general rule in the internet age: You don’t take something away from consumers once you’ve already offered it to them. For a while Google was experimenting with removing the “I’m feeling lucky” button on its homepage, users who saw this were up in arms. Google put it back.

Hollywood should learn from that mistake and the mistake the music industry made earlier this decade. If a movie isn’t easily available to viewers on iTunes or Netflix and they really want it, they’re just going to download it illegally. It’s better than being forced to sit down at a certain time to watch it in bad quality, with commercials, on television.