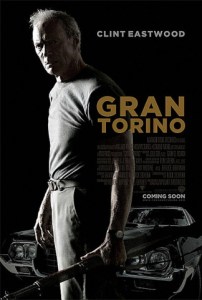 Google still hasn’t figured out a way to make money from YouTube, but that isn’t stopping the insanely popular online video service from signing interesting deals left and right. The latest involves the William Morris Agency, one of Hollywood’s top talent agencies. And it could alter the way artists get paid for content — and the web’s role in providing it.

Specifically, the deal would allow William Morris clients to bypass movie studios and television networks for content they wanted to create and immediately put on the web, reports The New York Times. With clients like Russell Crowe, Clint Eastwood, Snoop Dogg, Britney Spears and hundreds of others, William Morris is full of stars that need almost no promotion on the web besides their names. And YouTube is full of millions of eyeballs to watch such content.

The deal, which hasn’t yet been completed, is said to be the largest attempt to date by YouTube to get original, professional content on its site. The service has deals with some television and movie studios to show their content, but most of that is catalog stuff, that has long since been in theaters or aired on TV. YouTube needs a pipeline of new, fresh content — that’s professionally made — and this could be the ticket.

It’s interesting that the report notes that the William Morris clients would receive an “ownership stake” in the videos they create for YouTube. What’s not clear is just who would own the rest of the stake? Presumably William Morris would have a chunk, but would YouTube also? For a company looking for a way to make money, that could be very valuable. Probably moreso than text ads, no matter how relevant.

And what would such a deal do to the already tenuous relationship between Hollywood and YouTube?