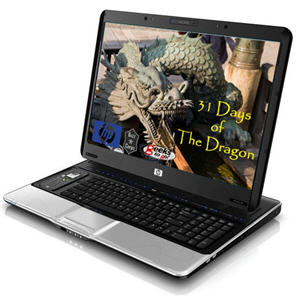 HP, one of the country’s biggest computer companies, is boasting that it boosted its PC sales by 10 percent in May after it leveraged the blogging community to promote the launch of one of its computer systems.

I’d have shrugged off this announcement, had it not been so unbelievable. Bloggers? Boosting PC sales by 10 percent? In a sluggish economy like this? And how much did HP have to pay these bloggers for them to shamelessly pimp themselves and their blogs to promote the PCs to their readers?

Skeptical, I talked with Scott Ballantyne from HP, VP & General Managers for Personal Systems Group, who oversaw the program. He said HP didn’t pay the bloggers a dime. All HP did was give away 31 new HDX Dragon computer systems to 31 influential members of the PC blogging community, so that the blogs could give them away in a competition among their readers. The bloggers went nuts. They made videos of the systems, wrote up engaging posts and cross-linked to each other — all of their own accord. The publicity this created spurred an increase in sales, according to Ballantyne. Since the bloggers were credible to their readers, and they were talking about the HP systems on their sites, the readers went out and bought systems even if they didn’t win one in the competitions.

HP has strong evidence to back up this up. Until May, the Dragon system was already out on the market for nine months, and they weren’t performing as well as HP expected. Sales had flatlined. But in May, during the blogger competitions, sales of the Dragon system shot up by 85 percent compared to the average monthly sales of the three months before hand. More impressively, overall HP PC sales grew 10 percent higher in the U.S. than the company had forecast, as HP PC systems overall got more publicity from the Dragon campaign. Visits to HP.com increased by 15 percent.

So there you have it. Embracing blogs apparently paid off big time for HP. And HP didn’t pay a thing. “This was for the community, by the community, with the community,” said Scott Ballantyne. If this is true — and I have no reason to believe it isn’t after talking with HP — it’s amazing.

Here’s an example of a blog post during the campaign.

Buzz Corps is the agency behind the campaign.