The death of an institution isn’t far off, writes the Atlantic in an article titled End Times, and with it an entire industry may be preparing to slip underwater. Low on cash, high in debt, the legendary New York Times is reeling from the recession. There’s no guarantee that it, or many others of our best newspapers, will survive the next year.

The immediate effect of the Times ending its storied run (or degrading to a lesser entity) will no doubt be the journalistic equivalent of a nuclear explosion. Journalists love writing about journalism, and all the old bromides will be dragged out, chief among them the accusation that print has not evolved: it simply needs to join the internet age.

Alas, the criticism will be misguided. The New York Times has done an excellent job of growing its web property. ComScore says the company’s pageviews are approaching 200 million a month; that’s a lot for any website. Other newspapers have also done well, just not nearly well enough. In fact, “well enough” might be impossible in current conditions. Newspapers are being asked to multiply their audiences many times over, not just shift to a new medium.

Once print (including magazines) implodes, all that will be left is internet journalism, the pundits suggest — an inferior product that delves only lightly into most subjects, and not at all into others. Most people, including internet journalists, agree that print is the last bastion of the educated essay and the investigative article.

Here’s the Atlantic on the terrible consequence of our newspapers’ decline:

…the public at large has been trained to undervalue journalists and journalism. The internet has done much to encourage lazy news consumption, while virtually eradicating the meaningful distinctions among newspaper brands. The story from Beijing that pops up in my Google alert could have come from anywhere … Under the guise of “service,” The Times has been on a steady march toward temporarily profitable lifestyle fluff. Escapes! Styles! T magazine(s)! For a time, this fluff helped underwrite the foreign bureaus, enterprise reporting, and endless five-part Pulitzer Prize aspirants.

The Atlantic’s conclusion to the above argument is that the print survivors will be forced to cut down on the fluff and focus on their specialties, on building brands with high-quality journalism. The Times, obviously, is good at long-form, in-depth pieces for an educated crowd. 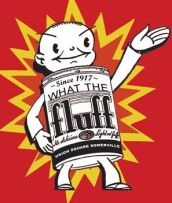 But, as the Atlantic itself also pointed out, fluff has been supporting more weighty productions for a long time. Like it or not, 60-word fluff articles on sites like Gizmodo and Perez Hilton often rack up more pageviews than the vaunted five-part Pulitzer Prize contenders the Atlantic bemoans. News sites need massive traffic to pay the bills; fluff is what draws traffic. Length and quality remain excellent ways to lose a lot of money, unless your writers work for free.

Missing from all the prescriptions we’ve seen for reviving good journalism on the web is an explanation of how it will pay for itself. Getting a New York Times-caliber feature article requires paying a Times-caliber writer for a week or more of research and writing. That will set you back between $1,000 and $10,000, depending on who is doing the work. That figure doesn’t include the editing and expenses, by the way.

For most sites, that means they need 100,000 to a million pageviews to break even, for a single article. These economics serve to explain why web writers get paid considerably less. Of course, workers who are paid less tend not to perform as well. It’s a vicious circle.

The familiar answer will be that online print media should be featuring each others’ articles in order to keep traffic, as it were, in the family. Yet many major newspaper sites have been doing just that already. It’s not enough.

In its own microcosm, journalism is reflecting a problem for the internet as a whole. Advertising is split between many sources — television, print and so forth — and internet advertising is not valued. That situation is not changing quickly (if at all), so what is needed is a way to drive massive traffic to the things that deserve it most: that future Pulitzer Prize winner, for instance, rather than yet another piece of fluff.

The responsibility for doing so doesn’t rest entirely on news companies. Individual news writers, also, must learn to write stories that draw the attention of many readers.

That directive seems obvious, but in the old way of doing things, there were two reliable forms of revenue that allowed writers had to worry less about how many people would actually care to read their story: the subscriber base and the advertising rate base. Those two applied to the whole publication, not individual articles, and had the effect of averaging out the stories in each edition.

On the internet, the all-powerful pageview has brought the business to the level of individual pages. And so anyone whose job it is to create the content for a particular page must be able to survive on his or her own merits.

To date, quite a few blogs have cracked the code for living on the merits of their fluff. For long form journalism, or any well-researched information, we’re still feeling our way. Most sites simply don’t publish anything long. Others will occasionally run an article they know will lose money, in order to build their brand.

What those sites should be doing, if they want good journalism, is sifting through writers to identify those lean and mean enough to operate on the web as it exists today, using its toolbox of shortcuts to their own advantage, but who also have the desire and ability for long-form journalism. Actually, the Atlantic itself has been doing something of the sort. The magazine, for those who aren’t familiar with it, is traditionally a New England yuppie rag of the type that you wouldn’t expect to have a snowball’s chance in hell of survival on the Internet. Yet it has a stable of writers who consistently put out web-friendly journalism, defined by snappy headlines and clear, engaging writing.

The business model for supporting this development is still in its infancy. Old print establishments with established coffers can pay and pray for a good result. A website called Spot.us is attempting to raise donations from readers for stories they think need to be written.

But what healthy news organizations should really be offering this new breed of capable writers is a sort of insurance against unsuccessful articles consisting of an up-front payment for any piece of writing. The rest of the writer’s income should come from performance earnouts — another formula that is yet to be mastered. Keeping it to those basics would be a radical change from the wage-based compensation model of print, along with its sprawling hierarchy of editors and publishers, costly offices, expense reports and support staff. When that world meets the internet’s stripped-down operating model, there may well be money for good journalism again.

The other piece of the puzzle is distribution to a wide enough audience, which despite the use of sharing widgets like Sphere on news sites, is far from guaranteed for good journalism. But once more, this is a problem that may not be the sole responsibility of news organizations. And there’s actually some evidence that the problem is working itself out. Again using the Atlantic as an example, I found its article through a link sent out by a tech geek on Twitter. Neither of us would have found the article in a non-digital world.

Pessimists will refute all these arguments by suggesting there is simply no longer an audience for quality journalism. Yet similar gripes have been heard in every age; we’re perpetually convinced that we are losing the race toward intelligence. In truth, the audience for intelligent writing (and other art forms) is rapidly growing. The challenge is simply in figuring out the particulars. Maybe the organization to do so will be the next version of the Times; maybe it will be a group of independent journalists. But it will certainly happen.