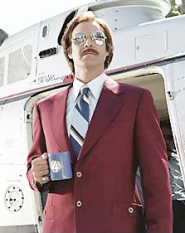 One thing I miss about the old AOL dial-up days is that the closed email system had an “unsend” feature. This allowed you to take back a message you sent to another AOL user if they hadn’t yet read it. This came in handy when I was a moody teenager. Now, Gmail has the feature in Labs — kind of.

I say “kind of,” because it’s not really an “unsend” feature as much as it’s a “catch it before it gets sent” feature. The way it works is that with the feature turned on, Google waits about five seconds before actually sending your message. In those five seconds, you can click the “Undo” button and get your message back. This is useful if you send an email and then realize you sent it to the wrong person, for example.

It’s a nice little feature, one that Paul Buchheit, the co-founder of FriendFeed and one of the creators of Gmail, had back in 2007. It’s still not as nice as the old AOL feature. I’d perhaps like it a little more if you could set the time interval after which emails get sent out. For some emails, I want them to go out right away, but for others, I don’t care if it waits, say, 10 minutes. That gives me more time to have second thoughts.