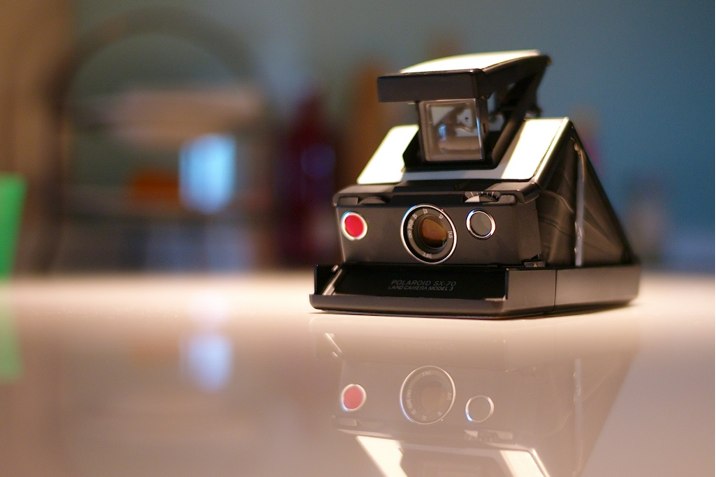 The Facebook-owned entity today released a new version of its popular application for iOS, and a more subtly upgraded version for Android. Version 3.2 for iOS gives photo-sharers a completely refreshed camera experience, a new monochrome filter called “Willow,” an enhanced blur tool, larger images in the feed, and design tweaks throughout. Android users, meanwhile, simply get the new Willow filter.

The most significant changes to Instagram’s iOS app are to the camera, or the primary tool people use to shoot and filter their square captures on the photo social network. The Instagram team has entirely changed how the camera experience looks, feels, and functions. 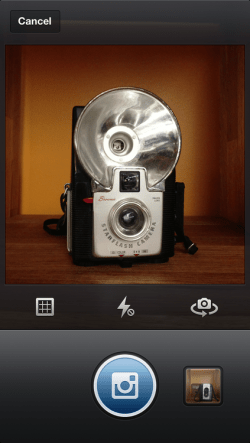 “The camera has been the core part of the Instagram experience since the day we launched and as a result, we’ve made significant improvements to its look and speed,” the Instagram team said in a blog post.

Instagram users on iOS will find a giant blue Instagram shutter button now beckons them to take their shot. Alongside the button, application users will find a little window that offers up a preview of the most recent photo stored in their camera roll. In addition, the camera screen has been improved to make it a simpler, faster process to select from photos saved in the camera roll. There’s also a new grid guide available for shooting live captures; the grid is also included on the next scale and crop screen (pictured below). 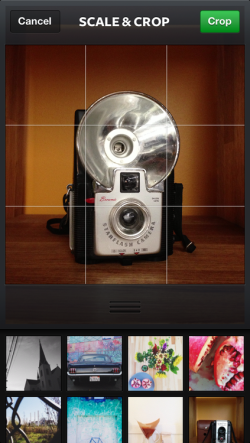 Tilt-shift, the popular blurring effect included in the camera experience, should be noticeably improved in the new iOS app, Instagram said. The application now renders images in a new way so that depth of field is far more realistic and accurate.

The new Willow filter, introduced for both Android and iOS users today, is a monochrome effect with a hint of purple and is said to be ideal for “portraits, still life, and architecture photographs with contrast.” 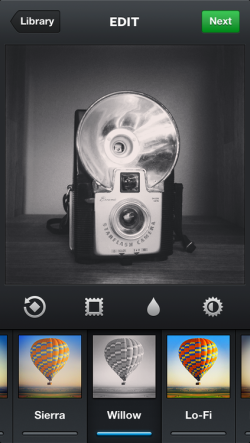 The updates come as Instagram and former pal Twitter duke it out over your shared photos. Instagram recently dropped support for Twitter Cards, breaking the functionality that shows its filtered captures in-line with tweets. Instagram creator Kevin Systrom said the controversial decision was about driving people back to Instagram for a better experience, but the action has been viewed as an aggressive maneuver designed to do harm to a new foe.

Twitter, for its part, is about to introduce its own photo filters. The information network’s photo-altering features are expected to appear before the end of the year, according to a report that surfaced over the weekend. Hopefully, Twitter’s filters are a bit more enticing than the effects we’ve seen in images posted by Twitter chairman Jack Dorsey in recent days. Otherwise, it would appear that Twitter is bringing a knife to a gun fight.

Instagram 3.2 for iOS and version 3.3 for Android are available now on the App Store and Google Play respectively.