Facebook today announced the launch of IGTV, a standalone video app for Instagram users. IGTV content will also be available in the Instagram app. IGTV videos will be able to go beyond the 60-second limit placed on videos uploaded on Instagram today.

Apple also reportedly plans to launch a streaming video service in spring 2019, though the service is tied to professionally developed shows rather than the wider community of social media creatives.

The announcement follows news earlier this week that Facebook plans to introduce tools to connect video creators with advertisers and the launch of Facebook Watch for longform video last summer.

At launch, IGTV videos can be up to 10 minutes long, while select creators will be allowed to make videos up to 60 minutes long.

The news was announced a day ahead of VidCon, a popular conference for video creators being held this week in Anaheim, California.

The IGTV app will give users the ability to follow their favorite creators and use machine learning to predict which videos they’ll want to watch next. A swipe left or right in the IGTV app will bring up additional content, and viewers will be able to leave comments and interact with video creators.

IGTV is the most recent addition to Instagram’s video offerings, following the introduction of Instagram Stories and live video. The app will be available for download on iOS and Android smartphones in the coming days, Instagram CEO Kevin Systrom told a gathering of influencers and members of the press today at an event held in San Francisco. Instagram users can update the app in order to begin watching IGTV videos today. 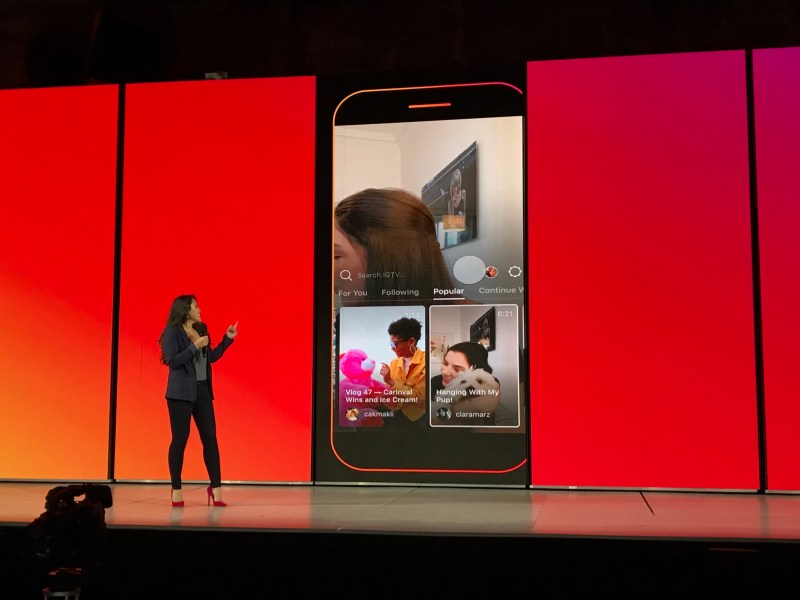 Creators can splice together video from their Stories and other video content, but a standalone app was chosen over extending videos upload permission beyond 60 seconds in order to highlight longform content.

“I think in all of our research, what we figured out very quickly is that when people browse through Feed, they don’t want to stop and watch a 10-minute video, and to do that slows down Feed and makes it feel clunky,” Systrom said in a press conference after the debut.

IGTV will not launch with advertising or make payments to creators, but monetization strategy will be explored in the future, Systrom said. However, influencers will be able to share links in IGTV to support deals they strike with brands.