[Editor’s Note: Numerous local entrepreneurs and investors were quick to point out the problems with measuring internet traffic in China, we discovered during a VentureBeat trip to the country in May. To help explain the issues, we asked Victor Koo (pictured), the founder of leading online vide-sharing site Youku, to contribute his thoughts in the column below. See this recent guest column by the folks at Web2Asia for more details on the Chinese internet market.] 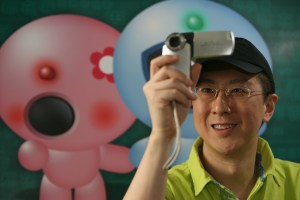 China now boasts the largest Internet market in the world, with over 250 million users. The industry has seen impressive growth across 10 years, and is in many respects as advanced as in any other country. But when it comes to Internet measurement standards, China is arguably stuck in the Dark Ages.

Just one indicator of the gravity of this problem is the fact that some industry pundits, advertising clients and venture capitalists still make decisions based on Alexa statistics. It’s an act of desperation: There just aren’t enough third-party traffic ranking alternatives in China. They rely on Alexa in full knowledge that there’s literally an industry here that thrives on gaming Alexa rankings. Do a search on Baidu or Google in Chinese and you can easily find a long list of such companies, all promising to raise your rankings to Top 100 or Top 500 for a reasonable price. One simply cannot rely on Alexa to get realistic website measurement or comparison in China.

This lack of transparency isn’t because there aren’t companies competing in Internet measurement in China. International companies such as Nielsen/Netratings have offered site census measurement for websites that can afford their services. But they can’t very well publish industry rankings to date, because not everyone in the Internet industry participates. Netratings conducted a site census on my company, Youku, last December, for example, but our competitors in the online video space have either not used their services or have not published their results. That makes it difficult to benchmark across the industry.

Besides site census, large-scale panel-based industry surveys are probably the best alternative. However, existing surveys by Shanghai-based iResearch—one of the leading Internet research companies in China—or by the U.S.-based firm comScore don’t measure traffic from Internet cafes, even though they are a significant part of Internet access in China: some 30 to 40 percent of users routinely access the Web via Internet cafés. On the bright side, I understand that iResearch has been testing their Internet cafe sample recently to provide a more complete picture, and the iResearch sample is already over 100,000 and growing. The Internet Society of China/Data Center of the Chinese Internet is another large sample-based study conducted regularly, so you do see organizations trying to improve the metrics situation in China.

Of course, a lack of understanding of what are the most important measures also plagues the industry. As more and more websites use Ajax technology and more new applications such as online video become increasingly mainstream in the Chinese market, the relevance of measures such as page views have become outdated. Leading Chinese research organizations such as iResearch are highlighting user time spent and unique visitors as the better benchmarks, but it takes a while for the media and advertising community to catch up to this thinking.

This lack of consensus both among publishers and media buyers has created a situation that’s favorable to the old picture-and-text portals who have dominated the Chinese Internet scene since its early days, namely portals Sina and my alma mater, Sohu. Lacking reliable cross-industry traffic data, media buyers tend to reflexively buy on the big, name brand portals that everyone knows, or on the handful of larger vertical portals focused on industries like automotive, real estate, and IT. The way that advertising is sold on the portals and on most of the verticals is still very Dark Ages: on “cost per time” basis, rather than on CPM. The shift away from it has been very slow.

There’s hope, though, that the Internet video industry will help to overcome that inertia and speed things up. We’re working with Internet Society of China on measurement standards, and starting to work with China Advertising Association to establish advertising standards.

Unlike text-and-picture sites, which have to fight one another for the small slice of pie that brands allocate to online advertising, Internet video sites are positioned to begin tapping into the far larger broadcast budgets. But before that can really start happening, media planners and buyers need reliable, transparent data from trustworthy third-party metrics providers gathered in a methodologically sound manner. The online video industry needs to offer advertisers and agencies standards — like ad units that don’t vary wildly from site to site — to enable scalability in video media buying. The two market leaders in China have between them an 80% market share already, so the market’s no longer fragmented, but standards are still missing. Meanwhile, the feedback we’ve gotten from media agencies and advertisers is good so far: They’re eager to move beyond the Dark-Age “cost per time” basis that saps them of their ability to really assess effectiveness. It’s up to us to work together to create an atmosphere of comfort and trust in video advertising. It’s in everyone’s interest.