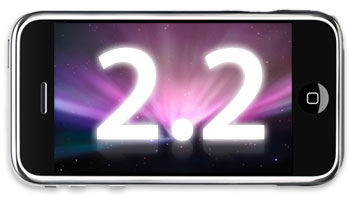 November 21 is the day the 2.2 software update for the iPhone (and iPod touch) is expected to be released, according to the blog iPhone Hellas.

Gadget blog Gizmodo, which calls the Greek site “consistently reliable,” says the feature list is expected to be largely the same as what has been seen by developers in the second beta version of the software.

This means in 10 days we should all see the additions of: Google Street View, Google Maps transit directions (including walking directions), the ability to download podcasts to the iPhone, a new proactive rating system for apps and a new, slightly reconfigured version of the Safari web broswer, among other smaller changes.

There is still no word on if highly sought-after features like cut & paste and the Push Notification system will be included in the update, but seeing as Apple has given no indication that they would be, it’s probably unlikely.

If iPhone Hellas is correct on this November 21 launch, which is sooner than most people expected, I’ll definitely be adding them to my Google Reader using the “translate to my language” feature.

The 2.1 software for the iPhone was released on September 12, and fixed many bugs found in the 2.0 release.