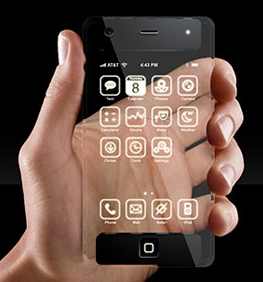 Read our latest coverage of the (real) iPhone 4.

The first iPhone was launched in June of 2007. The second iPhone, the iPhone 3G, launched in July 2008. Continuing along that trajectory, we’re due for a new iPhone sometime this summer. But there hasn’t been much in the way of leaks, and there’s been nothing from Apple suggesting that will happen. But a new report out of the United Arab Emirates points to it happening.

Specifically, Mark Davis, the program director for the UAE carrier Etisalat, told a local newspaper that not only was the iPhone 3G coming to the country on February 15, but that UAE would get the next version of the device at the same time it’s released in the rest of the world, which he apparently said will be June.

Talk of a new version of the iPhone began with the misguided iPhone nano rumors. Some believed that device would launch at Macworld this past January, but that never happened, and Apple chief operating officer Tim Cook made comments during Apple’s recent earnings call suggesting such a form factor would never happen because it would be hard on developers.

But more recently, there’s been reports of a “2,1” version of the iPhone out there in the wild. This identifier, hidden in the iPhone’s firmware and spotted by the advertising and analytics firm Pinch Media, suggests an entirely new device since the original iPhone is “1,1” and the iPhone 3G is “1,2.” Adding fuel to that flame is that there only seem to be a few of them in the wild, and all seem to be running at or around Apple’s headquarters in Cupertino, CA.

While there’s been talk about multi-core iPhones, it would seem that such technology is still a ways off and may be more likely planned for 2010. But given Apple’s investments in companies like Imagination Technologies, which makes mobile graphics chips, and its purchase of chipmaker PA Semi last year, you never know what it might have up its sleeve.

If there’s any weight behind this comment from UAE — which is far from certain — expect to hear a lot more about this new iPhone in the coming months. My major question is, what will the thing be called? People who make mock-up designs seem to go with “iPhone Pro,” a naming scheme Apple obviously already uses and could use again. Continuing on the number path, could Apple use “iPhone 4?” Probably not, since the device almost for sure would not have 4G technology and it’s not really the fourth version of the device, but rather the third. So perhaps it will take a page from the iLife and iWork software playbook and go with “iPhone ’09?” Such a naming scheme is probably a bad idea, since it dates the device, but if Apple really is going to come out with a new one every year, then . . .