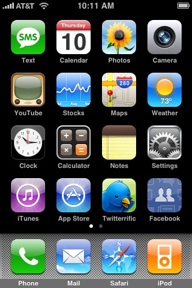 If you don’t have an iPhone, you’re going to want one real soon. I say this not because of peer pressure or because of the Apple marketing machine. Or even because of the iPhone 3G. I say it because the App Store, which launched today enabling users to install 3rd party developer applications, is simply amazing.

Seriously, many have been blinded by all this talk of the new iPhone — the real story is the App Store. It can run on your old iPhone (as it’s running on mine right now) and it can run on your iPod Touch. And it makes them so much better.

I’ve been using it for a couple hours now and the excitement still hasn’t worn off. Perhaps the most amazing thing is just how easy it is to use from the get go. Anyone who has an iPhone or iPod Touch can simply attach it to their computer, load up iTunes and click which apps they want to install. Some cost money (many of the games are between $7.99 and $14.99) but a ton of them are free. It’s one click of the “Get App” button and you’re good to go.

Arguably more amazing is how easy it is to install the apps from the iPhone/iPod Touch itself. Assuming you’re connected to a Wi-Fi connection, simply load up the App Store, find the app you want, click on its price, click install, enter your password and in seconds it downloads and install and you’re done.

Even with apps I hadn’t install before such as Loopt signing up for a new account was very easy. I thought for sure I would have to make an account on my computer and then come back to log-in on my iPhone, but no, I did it all from the phone in a few easy steps. Just imagine doing that on a Motorola RAZR or Nokia N95. I’ve used both extensively, there is no comparison.

Any app you buy on the iPhone/iPod Touch is then synced back to your iTunes account when you attach it to your computer. This works the same way as when you buy a song via the iTunes application on your iPhone and sync it back.

I’m using the brilliant Remote app that Apple created to remotely control iTunes on any computer in your home. I switch over to the AOL Instant Messenger (AIM) app which is better than any app AOL has built in years. Now I’m using the Twitterrific app which gives an iPhone interface to the micro-messaging service Twitter. It is so far beyond Twitter’s own mobile web app that it’s a joke.

I’m sure there are some bad seeds out there, but I have yet to find one app that is short of great with most hovering more towards amazing. And these are just the launch apps. There are over 500 of them — thousands more will undoubtedly be coming over the next several months. Crowding on your iPhone screen could become a major issue.

We all know that all of the iPhone competitors say they have answers to the device and its App Store. Google’s Android platform is more open-source and Nokia recently bought Symbian and intends to open-source it as well for development. However, this may be a case where a closed system simply leads to a better experience for the user and thus leads to a win in the space.

At this time, it’s hard to see any of the competitors out there improving on what Apple has created in the App Store. I hope I’m wrong, I want competition to push innovation forward, but I’d be very shocked if Apple’s iPhone and App Store aren’t still the pinnacle of mobile experience one year from now. 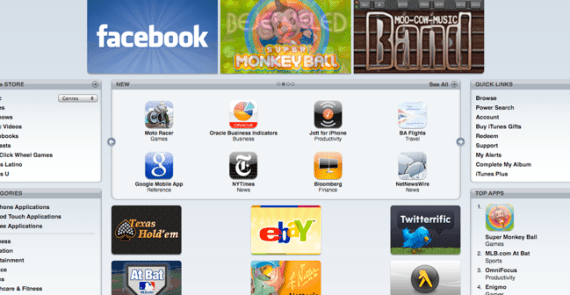 I’m sure the iPhone backlash will begin shortly after people are bombarded by nothing but news about the device for hours on end today. It probably already has. But those people too, when they head to an Apple store or see their friends iPhones in a few days, weeks or even months are going to see this App Store and want an iPhone too.

As Agent Smith says to Neo in The Matrix, “That is the sound of inevitability.”