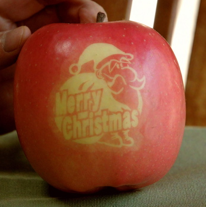 While many people out there are clamoring for what would essentially be a larger iPhone, the Mac Tablet, others are thinking they want a smaller device. The latter group may get their wish this holiday season, as Apple is supposedly prepping an “iPhone Nano,” according to the UK’s Daily Mail.

Citing an “industry source,” the Mail says such a product is expected to launch before Christmas and would be available to pay-as-you-go customer’s through O2, the UK’s iPhone provider. The report goes so far as to say that such a device could be 150 British pounds (about $300).

Unfortunately, the story says little else of worth. It has one “expert” predicting that such a device would have a touch wheel on the back and a display on the front, “so that numbers would be dialled from behind.” To me that makes little sense and such a device might even be more expensive to produce than the current iPhone.

This report follows rumors that Apple is prepping its supposed Mac Tablet or “MacBook Touch” for launch this fall. That talk began to heat up after Apple chief financial officer Peter Oppenheimer mentioned several times during Apple’s quarterly earnings call that a “future product transition” was a key factor in its lower guidance for the fourth quarter. This presumably could be a new product that would be expensive to make and yet wouldn’t be sold at a huge mark-up.

So which product will be coming soon, the big one or the small one?

While I fully expect Apple to eventually come out with a smaller iPhone, I don’t expect to see it so soon after the iPhone 3G launch. Would Apple really want to put the early adopters up in arms again? Instead, a Mac Tablet makes a lot more sense at this time.