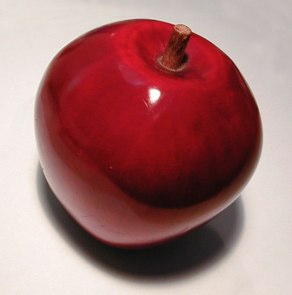 Last Thursday, 25 year-old Sun Danyong committed suicide after a fourth-generation iPhone prototype he was responsible for went missing. It’s a story, from what tech-industry friends in China tell me, of how Apple’s secretive ways send extreme pressure all the way down the company’s international supply chain.

Sun was a recent engineering graduate, and had landed a job handling product communications for electronics manufacturing giant Foxconn in Shenzhen, a leading city in the industry-heavy Guangdong province near Hong Kong. He was tasked with shipping iPhone prototypes from Foxconn to Apple. The sequence of events goes as follows, based on news reports currently coming out of China, including a major local paper, Southern Metropolis Daily. The news has yet to be reported in the English-language press, at least that I’ve seen, although it’s all over the Chinese-language Twittersphere.

[Update: Apple has confirmed the incident, giving the following statement to reporters: “We are saddened by the tragic loss of this young employee, and we are awaiting results of the investigations into his death. We require our suppliers to treat all workers with dignity and respect.”]

On Thursday, July 9th, Sun got 16 prototype phones from the assembly line at a local Foxconn factory. At some point in the next few days, he discovered that one of the phones was missing. He suspected that it had been left at the factory, but couldn’t find it. On Monday, July 13, he reported the missing phone to his boss. Then, that Wednesday, three Foxconn employees searched his apartment — illegally, according to Chinese law. Accusations are flying that Sun was detained and physically abused during the investigation, although this has not been substantiated (possible evidence: there’s this somewhat garbled and potentially faked instant message exchange from Sun shortly before his death).

As anyone who follow the technology press knows, there are numerous blogs hungry to publish the latest minutiae about any Apple product — the company has many ravenous consumer fans and investors, because let’s face it, the products are great. Beyond the products, though, the company uses the element of surprise to help build up excitement for its flashy product launches, helping to drive sales and its stock price higher. In order to make that happen, Apple exerts immense pressure on its business partners help it maintain secrecy. The missing phone, some sort of new iPhone, has so far been nothing more than speculation among gadget sites.

Taiwan-based Foxconn makes Apple’s iPhones and iPods, along with numerous other hardware devices for other international technology companies. It faces cutthroat competition from other manufacturers around China and the world. A leak of the next generation of Apple’s crown jewel, the iPhone, could badly hurt Foxconn’s business relationship with Apple. The pressure within Foxconn to maintain Apple’s secrets, then, is not surprising.

The conclusion from the handful of people I’ve spoken with in China about the matter all seems to run along the same lines: People like Sun are pretty helpless when things go wrong in Apple’s supply chain. Here’s how Steven Lin, a Chinese blogger and marketer, put it:

Students [like Sun] have been studying in schools for years, and they have been carefully protected by their parents. They can’t endure such pressure – ‘their house being illegally searched,’ or ‘house arrests’ (if that’s true, according some reports news). Employees at these and other factories sometimes kill themselves simply because of the pressure from their daily jobs — you know what’s going to happen when they face more serious threats. Also, most young Chinese guys don’t have friends who are lawyers, so they don’t know how to protect themselves in the legal system. They won’t even look for help from the legal system. They will just endure the pressure, and finally find an extreme way to end all their troubles.