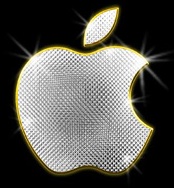 If the early word around the Internet is any indication, Apple hit a homerun with today’s iPhone roadmap event that took place at the company’s headquarters in Cupertino, CA.

A quick survey around the blogosphere right now finds Farhad Manjoo’s piece at Salon entitled “Why Apple’s SDK finally justifies iPhone hype“. Ephraim Schwartz at InfoWorld writes that “iPhone SDK exceeds developer expectations“. Jason at Signal vs. Noise states that “What we saw today was the beginning of two-decades of mobile domination by Apple.”

These attitudes lie in stark contrast to the generally negative feelings surrounding Apple that have persisted for the past few months (our coverage — you’ll note our prediction as well).

Following last year’s unveiling of the iPhone, Apple has had a series of lackluster events that have failed to live up to the hype. Perhaps no event had more build-up than this year’s MacWorld in January. Yet, after chief executive Steve Jobs put the MacBook Air back in its manilla envelope, the excitement seemed to die down quickly.

The MacBook Air is a great product, but it is under-powered and over-priced. When added to the fact that people have come to expect nothing short of transcendental sublimity from Apple events — you have letdown.

Apple has seemingly been the victim of its own past successes at these events. Today, they got their mojo back.

The strange thing is that it wasn’t even Steve Jobs who was on stage for large chunks of the announcements today. Instead, it was other Apple employees and partners. While there has been much talk of Apple losing steam once Jobs is no longer running the company and giving the keynotes, today may have been a preview of just how Apple will survive — with great products and innovation.

[For those who have no idea what the title is all about, I direct you to a Justin Timberlake music video]