One of the key launches at today’s “Let’s Rock” event put on by Apple was a new iPod nano. The small iPod has gotten even thinner while becoming elongated to make room for a wider screen. But the real crowd pleaser seemed to be the new colors.

The device is now available in nine colors (if you count black and gray as colors). None seemed more popular than the new purple version. In our FriendFeed live streaming room for the event, the following comments were made:

Wife must have purple! – scottgee

Watching videos on the previous iteration of the iPod nano wasn’t an ideal experience. The screen was small and mostly square. Now you you can watch videos in widescreen thanks to the addition of an accelerometer, which can tell when the device is turned to the side. 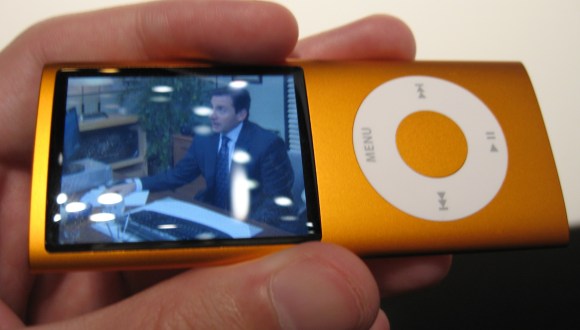 The accelerometer also allows for a neat, albeit gimmicky new feature: Shake to shuffle. If you don’t like the song that is currently playing, you can simply shake the device and it will skip to a new random song. For those of us who have become addicted to the iPhone headphones with the built-in controls, this is a actually a pretty useful feature.

The device also features Apple’s new Genius playlist feature. This allows you to pick a song you like and create a dynamic playlist with a few simple clicks. 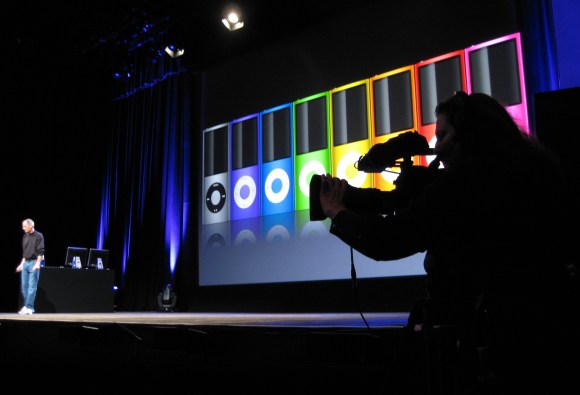