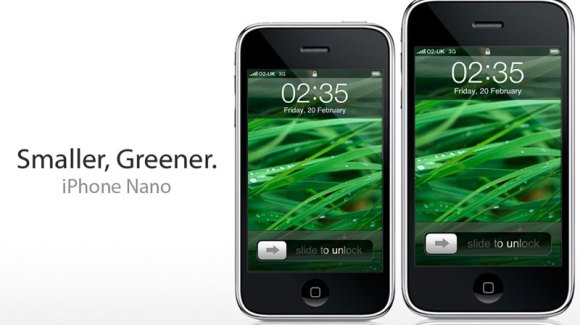 In 2008, Apple moved quickly to expand the iPhone empire around the globe. One country still not conquered, however, is also the world’s most populous: China. But a new report suggests that country could finally see an iPhone this year — and to top it off, it may be a so-called “iPhone nano.”

Bidding over components that would be included in an iPhone nano is near an end, according to the Chinese paper Economic Daily News. Specifically, Taiwan Semiconductor Manufacturing Company (TSMC) and United Microelectronics Corporation (UMC) are the two companies that may help Apple build the device, says the paper. While obviously such a report has to be taken with a grain of salt, AppleInsider notes that Economic Daily News has been “fairly reliable” in the past and probably does have sources in Apple’s Taiwanese supply and manufacturing chains.

If there is any truth to those rumors, orders could come from Apple in March, and the iPhone nano could launch in June at the earliest. June is the month Apple holds its Worldwide Developers Conference (WWDC), the site of the last two iPhone launches.

But if this all sounds like it’s coming together too nicely, there are oddities in the reporting of this as well. For example, the device may not come to the U.S. at all, but rather would go straight to the Asian markets, according to AmTech analyst Brian Marshal. Marshal is also the one who names China as “the best-case scenario” for Apple, but that’s based on basically nothing.

While it does make some amount of sense that some Asian markets may prefer a smaller iPhone given the rise of fake iPhone nanos in some of those countries, a region-specific launch would seem very odd for Apple. Marshal comes to this conclusion because AT&T isn’t known to be testing an iPhone nano — something which it would do prior to launch — but that is flimsy evidence at best.

I feel compelled to say once again that this is an analyst making what is basically a prediction, and Apple analysts have an awful track record when it comes to being right.

Still, the larger picture is a bit more concrete, Apple may be working on an iPhone nano. Cases for such a device started floating around prior to last week’s Macworld convention, which led to speculation that such a device would launch there — it did not.

But in June it will have been just about a year since the last iPhone refresh — and we all know how much Apple loves to refresh its products. Still, I think a bump up to 32 gigabytes may be more likely than an iPhone nano, at least that early. But with or without the iPhone nano, I’d still bet Apple launches the iPhone in China in 2009.

[image is a mock-up via AppleInsider]