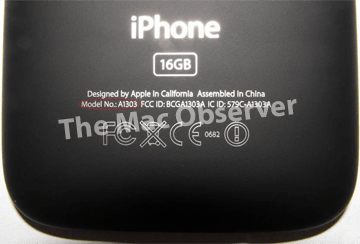 The first iPhone was released in June of 2007, with its follow-up, the iPhone 3G launching in July 2008, so it’s certainly possible that Apple will launch another update at some point this summer. And in fact, there’s been some evidence out there suggesting Apple is in the process of testing a new version of the iPhone. Now there may be some pictures as well.

While it isn’t much (just the back of the device), the image to the right was obtained by the blog iPod Observer. While at first glance it may appear to be a standard 16GB black iPhone 3G, there are two key differences. First, the model number is different: in this case, A1303. And second, the device appears to have a matte finish as opposed to the glossy one that current models have. This surface may be metal, like the first iPhone.

MacRumors obtained two additional photos of what looks like the same device. Supposedly these images originated in China, and iPod Observer says its source on this has previously been reliable. MacRumors goes on to note that the site also posted the first images of the back of the iPhone 3G before it launched.

That said, is it possible these images are fake? Of course. But if the device really is out there, we may be seeing more of these. 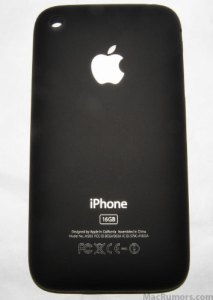 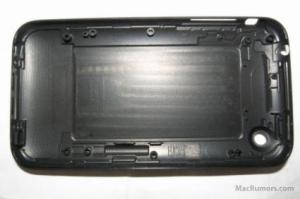