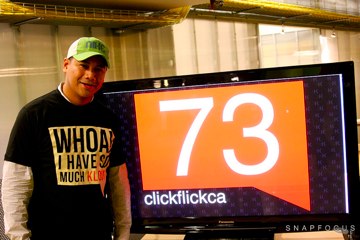 We’ve heard a couple of stories in recent weeks about startups that choose celebrity investors over seasoned VCs because they wanted someone with a big online audience who could help attract new users and press to their product.

According to the tech publication Wired, people are now being dismissed from job interviews because of a low Klout score.

Wired tells the story of a man with 15-years of experience who claims he was passed over for a vice president position at a Toronto marketing firm due to his low Klout score. “They hired a guy whose score was 67,” Sam Fiorella told Wired. His score was a low 34. After that failed interview, Fiorella focused on raising his score (it is now a 72) and says it has increased the number of job offers he has received.

If this is in fact a trend, it is terrifying and ill-advised for a number of reasons. Mr. Fiorella’s job is to plan social media campaigns, not be a company spokesman. One could argue that Fiorella might be better at his job if he spent all his time working for his client and not tweeting back-and-forth with digital divas. Can you no longer be good at your job without being an extremely public person?

Another interesting question raised by the story is why was it so easy for Fiorella to more than double his Klout score? Is he truly that much more influential six months later? Incorporating some of the wisdom from our comments, that would mean Fiorella could become more influential than Mark Zuckerberg.