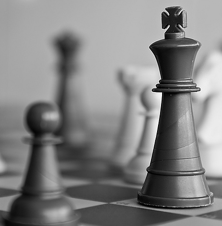 When’s the last time you bought an actual CD? For me, it’s been almost a year which is crazy considering that between the mid 1990s and mid 2000s I bought hundreds of them. Have I stopped liking music? No, I’ve just gone digital, and apparently so has much of the rest of the United States.

Apple’s iTunes digital music store cemented itself as the leader among all U.S. music retailers during the first half of 2008, according to a survey by market research company NPD. Though iTunes didn’t officially take over the number one spot until April, it still sold more music from January to June of this year than any of its competitors.

The former leader, Wal-Mart, retained the number two position with Best Buy in third. It’s Amazon, though, that appears to be the big mover on the list. It has moved up to fourth place from its fifth place position earlier this year. One reason is that online CD sales haven’t fallen quite as fast as brick-and-mortar store CD sales, but also Amazon’s digital download service, AmazonMP3, is doing quite well, says NPD.

I continue to use AmazonMP3 instead of iTunes as I believe it is a superior offering. All of the tracks found on AmazonMP3 are DRM-free (as opposed to just some on iTunes — despite Apple chief executive Steve Jobs’ promises to improve the selection) and many are cheaper than on iTunes. To be fair, iTunes still clearly has the edge in user experience.

This list could soon get a major shakeup, as MySpace Music is set to launch next month. Aside from being a social network, MySpace is a very successful platform for bands and artists to launch music offerings. Now it will begin selling and streaming digital music.

The makers of the popular music game Guitar Hero are also gearing up to sell digital music through the game, Fortune’s Techland blog reported last month.