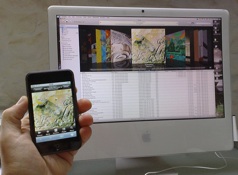 Apple is in discussions with the big record labels about a possible deal that would allow iPod purchasers free access to the entire iTunes catalog the Financial Times reports. This would mark a drastic change from the 99 cent-a-song model that Apple has had since the service’s inception.

Such a deal is said to work by Apple raising the price of the iPod players — one executive told the Financial Times that the price of iPod could go up as much as $100 per unit. Another option would be to charge a monthly rate of $7 to $8 for a new subscription-based service — something which Apple has shied away from in the past.

This report is especially interesting because it brings up the question of why Apple would mess with a system that has worked so well for them? It’s true that they don’t make much profit off of the individual songs sold, but those might as well be considered loss-leaders for moving the profitable iPods hardware units.

With sales figures for the iPod reportedly slowing down, would Apple really want to add a premium on top of the devices?

Another question is if Apple really wants to complicate the store known for its simplicity?

If consumers who bought these ‘unlimited’ iPods have access to all the music for free, they’ll still have to pay for all video content presumably. Also, what happens if someone doesn’t want to go out and buy a new iPod to get this deal, do they opt-in by paying Apple $100? The FT report also suggests that a subscription package may only work with the iPhone and that such a deal would simply be added on to a user’s monthly AT&T bill — so what about those users without iPhones?

This sentence in the report muddles up things even worse:

“The subscription models under discussion in the music industry include the provision for customers to keep up to 40 or 50 tracks a year, which they would retain even if they changed their device or their subscription lapses.”

If you add all of that up, you have a store and a service that seems overly complicated — much more so than many of Apple’s chief competitors.

update: The New York Times Bits blog has confirmed that there is truth to the Financial Times report. An executive who requested to remain anonymous says that negotiations are ongoing between Apple and his company (presumably one of the major record labels).