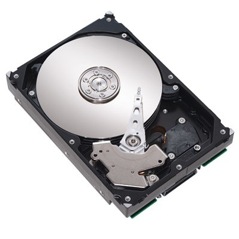 Late last year I bought an Apple TV. It’s a great device for playing digital content in the living room, but it has some limitations. Some of those I laid out recently in explaining why Apple TV is at a crossroads, but the single biggest problem going forward for such a device, and Apple’s expansion into video content overall, is storage. Now, a solution for that problem may be near.

The problem: It’s a matter of storage

The problem is that video files, especially high definition video files, take up a lot of space. Obviously, Apple and the movie and television studios that provide the content to serve over iTunes, want you to purchase and download as much as possible, but given the amount of storage space available not only on the Apple TV but on computers themselves, it’s impossible to have a huge collection. For example, say you bought just one season of ABC’s hit show Lost in HD on iTunes. That will take up over 30 gigabytes of hard drive space. And since you can’t rent television shows, it’s there for good on your hard drive. You could delete it after watching it, but why would you? You paid to own it.

Again, that is 30GB for one season of one show. When you consider that the Apple TV is now my primary means of television watching, and that I’ve bought about six different seasons of various shows so far, it should be no shock that I recently had to invest in a 1 terabyte (roughly 1,000GBs) external hard drive. Yes, just for iTunes.

Even if you opt to get the non HD version of shows, that same season of Lost is over 10GB in standard definition. And what about movies? Well luckily (for your hard drive), you don’t yet have to option to buy movies in HD (only rent them, and they are deleted after you watch them), but a standard definition movie still takes up between 1 and 2 gigabytes per film. When I say that I have over 30 films already in my iTunes collection, added to my TV shows, you can see the problem.

The situation is untenable. The more popular video on iTunes becomes, the more selective you’re likely going to have to be in buying something, not because of cost, but because of space. That’s a bad situation for everyone. Even the largest desktop hard drives usually top out at 500GB to 1TB — when HD movies start coming to iTunes to buy, that storage won’t last long either.

The solution: iTunes Replay in the cloud? 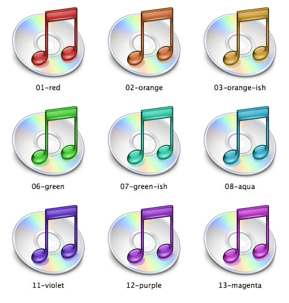 But there may be a solution. Apple is supposedly preparing something called “iTunes Replay,” AppleInsider reports today. The feature, which would be included in the next version of iTunes, would allow you to store your video files bought through iTunes remotely on Apple’s servers and stream them to your devices as you require. Think of it kind of like Netflix’s Watch Instantly service, except that apparently, you would own the actual content.

This distinction is important because it could allow you to download the films if you know you are going to be offline for something like a flight. Or if you wanted to download the film to your iPod or iPhone, it seems likely that it would be possible to do. Or if you simply have a poor Internet connection and need to download a movie for a better experience while watching, but want to delete the movie locally afterwards, that would probably be possible as well.

In short, it sounds like a great idea. And a solution to the problem I laid out above.

But what would it mean for Apple? Well, online storage is relatively cheap and getting cheaper all the time. The storage of the movies themselves probably wouldn’t be an issue, since Apple already does store them somewhere for users to download from the iTunes store right now. But it’s the streaming that could cause Apple some headaches. Streaming isn’t cheap, and if you’re Apple, attempting to become the go-to place for all movies and television shows online, the bills could mount for such a service, fast.

So would Apple pass the costs on to customers? AppleInsider isn’t sure if Apple would charge for such a service, but I bet that it would. Perhaps it would make the charge a flat yearly fee like its MobileMe cloud service, or maybe it would even tie it directly in to MobileMe, to make that service more useful to customers and expand its base.

Recent reports had Apple teaming up with Limelight, a digital content delivery network (CDN) to help it distribute both its iTunes and OS X content. Apple already has a deal with Akamai, and is probably using the two CDNs together now to offer the best possible experience for the customer, as AppleInsider notes. It’s certainly possible that Apple did this deal with Limelight ahead of this iTunes Replay service. 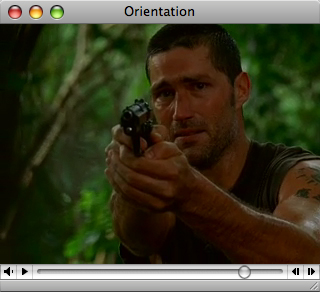 Some users will undoubtedly worry that if the movies they buy will stay on iTunes’ servers, that they’ll be locked in to iTunes. Well I’ve got news for you: You’re already locked into iTunes if you’re buying video content from there. Aside from some music videos, all of iTunes video content has DRM, even with the music side of the service getting rid of it. Get used to it. The movies studios, unlike the music labels, are not going to budge from that anytime soon.

The more interesting question for me is whether Apple will allow you to upload movies that you obtain through other means (maybe ripping them, maybe through something like Amazon’s video service) to their servers to hold your entire collection? While the immediate thought is “no,” remember, that’s basically what helped iTunes, the software, take off. It could house all your digital music, not just the stuff bought from iTunes.

There have been rumors of other solutions, such as a home server with a huge amount of storage that you would set up in your home to pipe your iTunes video content to all of your computers and devices. This online solution seems to make more sense, because you could access it from anywhere, probably over the Internet, without having to remotely connect to something in your home, which may be confusing for some users.

And if the service is entirely in the cloud, perhaps you could start buying movies and television shows on your iPhone and stream them to your device instantaneously. Right now, you can only buy music on your iPhone through iTunes.

I hope this iTunes Replay solution pans out. As storage is starting to shift from traditional hard drives to solid-state drives, that are generally faster and more stable, but are much more expensive, and thus come in smaller storage sizes for now, we’re simply not going to be able to keep up with the storage demands for HD TV shows and movies being downloaded. To the cloud we go!