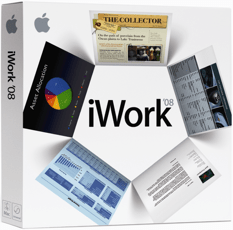 Here’s my routine the last several weeks: Wake up, open my feed reader, read story after story about layoffs at FILL-IN-THE-BLANK tech company — it’s depressing. So it’s nice today to be able to report about one that has seen huge job growth this year: Apple.

The computer, iPod and iPhone maker saw its number of employees grow almost 50 percent in the past year, the company’s annual 10-K SEC filing revealed. By the end of September, the company had 32,000 full-time employees, compared to last year when it had just 26,100 (plus addition temporary workers). Its employment numbers are nearly double what they were just two years ago, as TechFlash notes.

Business has been booming the past few years for Apple thanks to a mixture of strong computer sales (particularly laptops), iPods and most recently the iPhone (the new 3G version has seen especially strong sales). But, with layoffs hitting companies like Dell, Yahoo and AMD and hiring freezes even in place at Google, Apple, like every other company, will have to be cautious of the way it controls its business over the next several months. (Though it has plenty of cash on hand.)

Also a good sign for the company is that a lot of the new employees are likely workers at Apple’s retail stores, and probably not highly paid engineers, as Silicon Alley Insider notes.