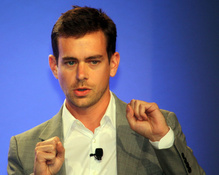 Twitter creator and chairman Jack Dorsey confirmed today that he is returning to an active role at the company.

Today I’m thrilled to get back to work at @Twitter leading product as Executive Chairman. And yes: leading @Square forevermore as CEO. #200%

Dorsey served as the company’s CEO in its early years, but was reportedly pushed out by cofounder Ev Williams in 2008 and took on a more passive role as chairman. Saying that he wanted to focus on product, Williams himself stepped down as CEO last October, while former Feedburner CEO Dick Costolo took his place. And there were rumors in November that Dorsey was getting more hands-on in “fixing” Twitter’s product.

Today’s announcement confirms a report in Business Insider last week that Dorsey was in negotiations to return to the company.

Of course, Dorsey has his own company, the mobile payment startup Square, and it sounds like he doesn’t plan to give up the CEO role there. So it’s not totally clear how he plans to balance two demanding jobs, aside from sleep deprivation. It helps that Square has brought on executives like chief operating officer Keith Rabois (formerly of PayPal and Slide), so being CEO of Square may be slightly less all-consuming than it used to be.