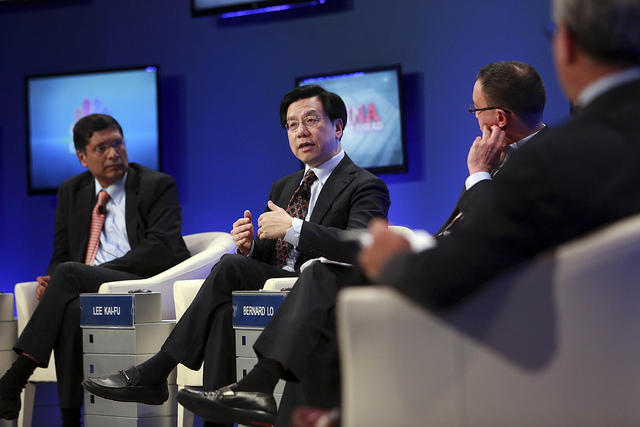 What does a massive social network following and criticizing China’s government from within the country get you? For Kai-fu Lee, the former head of Google in China, it was a three-day ban.

Lee, now chief executive of the Chinese startup incubator Innovation Works, announced on his Twitter page that he has been banned from Sina and Tencent’s Weibo microblogging sites for three days. Bloomberg confirmed the ban with him by phone.

Lee urged his Weibo followers to join him on Twitter, where he has almost 1 million followers, but given that Twitter is banned in China, only his most hardcore fans would be able to follow that advice. (It’s possible to access banned services from within China, but it takes a bit of technical know-how.)

While Lee didn’t say why he was banned from Weibo, recent postings suggest the move was related to his criticisms of China. As Bloomberg points out:

A Feb. 16 post summarized a Wall Street Journal article about how slow speeds and instability deter overseas businesses from locating critical functions in China. Last month, he also posted support for staff of a Guangzhou-based newspaper during a standoff with government censors.

The tone of Lee’s comments, coupled with his massive social media following within China, likely don’t endear him to China’s authorities.

For all of his criticisms, Lee also believes in China’s ability to spark strong businesses. He raised a $180 million fund for Innovation Works in 2011 and explained to VentureBeat how he views the difference between China and the United States.

In reality, it’s not that different from the United States. Companies that have a good product and business model and a good culture that cares about users will succeed. Some companies are overvalued and maybe even bubble, but just as many are very good and show great promise. The trick is picking the winners — just like in the U.S.

Photo via the World Economic Forum/Flickr