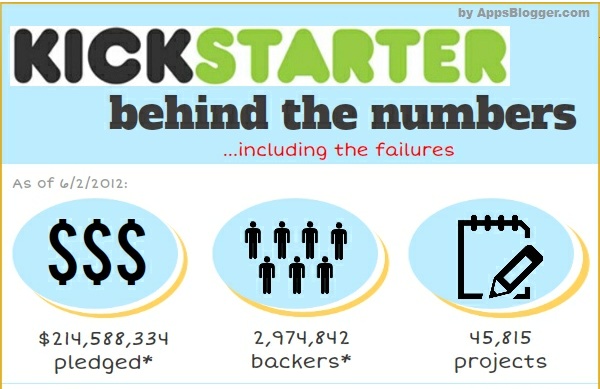 I recently came across Dan Misener’s article “Kickstarter hides failure,” where he talked about how crowdfunding site Kickstarter makes it difficult for you to see/find failed projects. They intentionally prevent failed campaigns from being indexed by the search engines (through “noindex” robot meta tags).

Dan’s article got quite a bit of attention. And in his follow-up post, he posed some interesting questions that led me to do some investigations of my own. Questions like:

As an entrepreneur who’s looking at Kickstarter as a potential source of funding, I’m very interested in these numbers and the insights they provide. Insights that can only be gleaned by comparing projects that were successfully funded and those that failed to meet their funding goal.

With these numbers in hand, I was able to create the infographic below, which provides insights that were previously unavailable. Now you get to see the whole picture, not just the picture of success.

Like Dan, I believe there’s value in understanding failure … and in this case, failure to get fully-funded in a Kickstarter campaign.