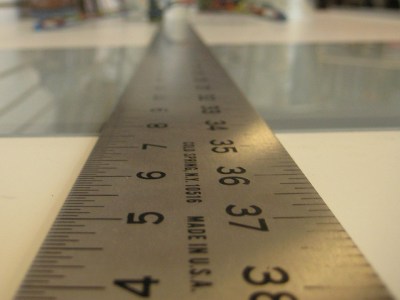 The mine-is-bigger-than-yours need to measure our self-worth against others is alive and well on the web. For proof, look no further than controversial influence-scoring startup Klout, which is now processing 7.5 billion API calls per month.

Klout measures online influence by tracking a person’s reach across social sites and analyzing her Facebook, Twitter, LinkedIn and Google+ relationships to spit out a score between 1 and 100.

Klout scores, said CEO Joe Fernandez in a 2011 year-in-review post, are now being used by more than 5,000 partners, up from 1,000 last January, to reward or quantify a social web user’s online standing.

“The Klout score is being used for ways far beyond what you see on Klout.com,” Fernandez told VentureBeat. “This ranges from hotels using the Klout Score to upgrade rooms when you check-in to credit card companies using the score to reward bonus loyalty points … The significance here is that companies are making over 7.5 billion requests a month for consumers Klout scores.”

But the biggest leap came in terms of monthly requests to the startup’s API. Klout was fielding 100 million API calls per month in January. Now, just 11 months later, the company is seeing 7.5 billion calls each month. The figure means that Klout offers the most definitive way to understand the world’s influence — at least in Fernandez’s mind.

Of course, Klout’s 2011 comeuppance wasn’t without a few audible hiccups. The company dramatically altered its scoring algorithm — many users’ scores plummeted by 10 points or more — and experienced the wrath of ego-trackers everywhere. The new scoring methodology also buoyed critics’ ongoing decries that Klout’s metric is meaningless. A profile privacy kerfuffle only added to non-user discontent.

Still, the 7.5 billion API calls per month figure is impressive for an up-and-coming, four year-old startup and proves that its reputation score has met with industry approbation for the most part. But Klout has got a ways to go before it joins the likes of the elite; Twitter, Google and Facebook all field billions of API requests per day.