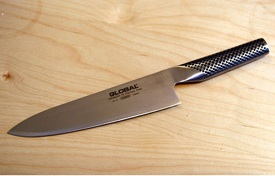 In confirming earlier reports of Microsoft approaching Facebook about a potential sale following the Yahoo fall out, The Wall Street Journal has a very interesting tidbit: Google is now divided over whether or not to go forward with the search advertising deal it is trying out with Yahoo. Ouch, that knife in Yahoo’s back must hurt.

While it was trying to convince everyone that it was a viable company without selling to Microsoft, Yahoo made no secret that its trial search advertising deal with Google could bring in significant money to the company. Some had pegged this number to be as high as an additional billion dollars plus in cash flow. Under the agreement, Google was in charge of placing some advertisements on Yahoo search result pages.

The promise of this deal was also thought to be one of the reasons why the bottom didn’t completely fall out of Yahoo’s stock after Microsoft pulled its bid, and in fact, why it may have rallied a little bit after hitting a low of around $22-a-share (the stock is right now in the mid $25-a-share region).

Google and Yahoo were previously discussing extending the trial while Microsoft was still in hot pursuit of Yahoo. We called it a “charade” at the time, as it seemed clear what Google was doing: anything it could to stop Microsoft from acquiring Yahoo. That certainly rings true today if Google does in fact now walk away from the deal with the Microsoft threat gone (at least for now).

One question that will undoubtedly come up if Google walks away is if this will hasten Microsoft’s return with another bid? A decision by Google not to help Yahoo with its search advertising will leave Yahoo looking very vulnerable once again, even if such a deal was probably not in Yahoo’s best interest in the long term.

The Wall Street Journal report also says that talks between Yahoo and Time Warner continue about a possible AOL/Yahoo merger. However, these talks also have less urgency now that Microsoft has back away.