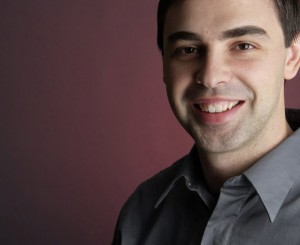 We saw the publication of two lengthy articles this week about Larry Page, who is scheduled to take over as Google’s chief executive on April 4. After I read them, one big question lingered: What does his takeover mean for Google’s long-rumored Facebook competitor?

It may not mean anything. Google executives have been hinting at this product for a while now, and there’s presumably a large team working on it. So Page may not be any more (or less) involved as CEO than he is in his current role as the company’s president. But this is an ambitious project, reportedly adding social features to many existing Google products, and it’s going to need the support of the company’s CEO. That’s especially true if the product stumbles out of the gate, as happened with many of Google’s other social initiatives.

Yet social networking doesn’t seem to be on Page’s radar. Writing in Fast Company, Farhad Manjoo notes that Page doesn’t have a profile on Facebook or other social sites, and he quotes former Google executive Jason Shellen (now at AOL) as saying, “There’s an EQ — an emotional intelligence — around social software, and it just might be out of Google’s reach.”

In Wired, meanwhile, Steven Levy portrays Page as someone who follows his intellectual passions, even if they don’t seem to be a great fit for the company. (Apparently Page is behind the company’s recent, baffling effort to build self-driving cars.) Longtime Google executive Marissa Mayer told Levy that the key fact about both Page and Google co-founder Sergey Brin is that they were educated in Montessori schools, where “you go paint because you have something to express or you just want to do it that afternoon, not because the teacher said so.”

Where does social networking fit into those interests? Well, it’s noticeably absent from the story. Instead, Levy and the Googlers he interviews return again and again to the theme of information. (The self-driving car is defended with the phrase, “This is all information.”) Social products don’t seem to interest Page — Shellen told Manjoo, “With social, there’s nothing for Google to solve.”

And Page comes off as the exact opposite of the oversharing type who thrives on social networks — for example, he got rid of his personal assistant with the explicit goal of making it harder for employees to meet with him. As Levy puts it:

Like the plane spotters who log the peregrinations of aircraft, Googlers often swap data concerning Page’s and Brin’s ambulatory patterns. Even so, it can sometimes be tricky to catch Page; he is a master of the drive-by greeting, flashing a wide, happy-to-see-you smile while slightly picking up his pace, leaving a potential interlocutor talking to his receding back.

Again, none of this says much about Google’s social products. But it does suggest that the company will soon be led by a man who doesn’t want to use them.

Update: Levy emailed me to point out that his Wired article is an excerpt from his forthcoming book In the Plex: How Google Thinks, Works, and Shapes Our Lives, and that while “the social issue” doesn’t come up in the excerpt, it is addressed in the book.