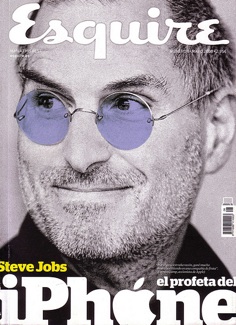 With Apple chief executive Steve Jobs’ keynote now officially set for Monday June 9th at 10:00 AM Pacific, the 3G iPhone rumors, speculation and actual news seems to have kicked up a notch from the high level it was already at.

Yesterday, the Swiss site Le Matin Online reported that Switzerland had been added to Apple’s ever-expanding roster of countries it sells the iPhone in. Apple will have a partnership with Swisscom for the roll-out later this year. More interesting is a tidbit that Le Matin included in the report (deciphered by AppleInsider): that the new iPhone coming to Switzerland would include two-way video chatting, mobile TV and GPS navigation. Presumably, such features would exist on all 3G iPhone set to roll-out worldwide.

Two-way video chatting and GPS navigation are rumors we’ve heard before. Mobile TV is interesting, other carriers offer such services, both most are rather limited (at least in the U.S.). With the inclusion of 3G technology in the new device, it’s certainly possibly Apple could allow for streaming TV, but that would seem to at least somewhat conflict with its business of selling television shows through its iTunes store. Such shows can then be transfered to the iPhone.

If Apple is in fact looking to stream television to the iPhone, it could get even easier to do so soon as AT&T said today that they plan to boost 3G network speed fivefold in 2009. AT&T’s mobility chief Ralph de la Vega made the comments at Morgan Stanley’s annual Communications Conference.

The goal would be to get information traveling over the network and to mobile phones at 20 megabits per second. AT&T claims to already have the 3G network running at 7.2 megabits per second in its lab tests. This is actually the exact speed earlier reports pegged for the iPhone running with a supposed “3.5G” chipset.

If AT&T is able to pull off such an upgrade it could drastically change the way many of us do things today. Wi-Fi would all of a sudden be a lot less important and you could expect many more users to simply buy 3G adapter cards for their computers. In fact, even more would likely have the technology built-in.

While obviously a 3G iPhone would benefit from such a speed boost, Apple is also thought to be working on a few other mobile computing devices that would almost certainly use this technology as well. One of those is a tablet computer which may or may not be a successor to the company’s fabled Newton PDA device from the 1990s.

While still not a certainty, it is becoming more widely accepted that Jobs will announce the 3G iPhone at his keynote on June 9th. The device would then presumably be available soon after that, in the time frame that AT&T employees were told not to take vacations during: June 15 to July 12.