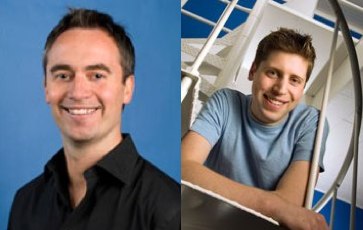 I’m delighted to announce the latest speakers we’ve recruited for MobileBeat 2009, our conference on July 16 in SF:

–Steve Boom, chief executive of mobile social networking company Mig33, arguably the most downloaded mobile application of all time; and

(By the way, we’re pretty jazzed right now about our lineup for MobileBeat. We’ve got just about everyone who’s anyone coming, and we’ll be making daily updates from now on; sign up now before its too late. Our last MobileBeat event sold out.)

Steve Boom will be speaking on a panel that addresses how developers can grow their application development into a real business.

This is the first time Boom has spoken publicly while at Mig33. Last year, he left Yahoo Mobile, where he was the No. 2 executive and had spent 10 years. He oversaw the company’s broadband partnerships with AT&T, Rogers, BT and Verizon. Despite his Yahoo heritage, he told me last week that he’s a “huge fan of (Google’s) Android,” saying it is more likely to be a significant game changer than the iPhone, namely because Android is coming out on such a wide range of handsets — up to 20 — over the next year, and the iPhone remains a single phone under more controls.

Meanwhile, Altman’s Loopt was an early player to help users update their whereabouts automatically via GPS technology on their mobile phones, and we’ve written recently about some of the latest technology developments that can build on this platform, namely “tribe advertising.” Loopt also faces competitors such as Brightkite.

We’re also very pleased to announce support from the following industry leaders as sponsors; Qualcomm as Co-Host, Velti as Platinum Sponsor, AdMob and GetJar as Gold sponsors and RMBR, Nvidia, GreyStripe and Mozes as event sponsors.