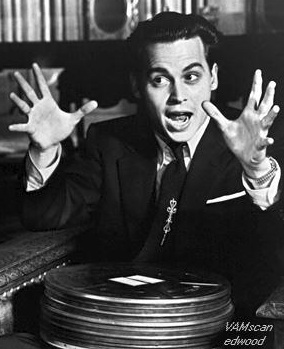 Watch out distributors of premium content online, a 900-pound gorilla named YouTube just crept into the room. For the past few years, the service has become far and away the world’s most popular online video platform on the backs of its user-generated content and often legally questionable copyrighted material. But now the service may be close to gaining the ultimate content, legally: Feature films.

At least one of the big Hollywood studios is said to be on board with putting its content on YouTube, sources tell CNET. This could happen as soon as within the next 90 days, and possibly even within the month, the source says.

Let’s be clear: If true, this is huge news. One could easily argue that it was the copyrighted material YouTube hosted illegally for its first few years that led to the site’s explosion. Users weren’t excited about the illegal nature of the content, they just wanted the content. The success of a service like Hulu, the online streaming service backed by NBC and Fox, has proven that.

And these feature films on YouTube would work largely the same way they do on Hulu — with ads. CNET’s source wasn’t sure which type of advertising Google (which owns YouTube) would prefer to run during feature film content, but it’s apparently a sticking point in negotiations with some of the other major Hollywood studios and preventing them from signing on board.

That last deal, which was struck with the movie studio Lions Gate, gave users what they wanted: A way to see and share clips from their favorite films online. That deal allowed Google to start talking with the other studios about deals for their content on YouTube.

Also likely helping Google’s case was a report back in August that some 90 percent of its content partners who are notified of copyrighted material being on YouTube chose to monetize it rather than pull it down. This is a departure from the past of DCMA takedown notices. These weren’t small-time partners either, but rather big-time players like CBS, Universal Music and Electronic Arts.

Of course, there is still no real proof that Google has figured out an effective way to monetize these or any other videos on YouTube. So a large question would have to be if feature film content would be any different?

Another question is if users will be willing to watch feature films in YouTube’s often less-than-stellar video quality. It’s one thing to watch short clips in low resolution, but sitting through and entire 90 minute to 2 hour feature may be a bit much to ask.

But YouTube’s deals to get its content on various other devices such as the Apple TV, the iPhone and the Google Android phones make feature film content even more compelling. Watching a full movie for free on the iPhone would be pretty great, as the blog Edible Apple notes, but who knows what that would do to the device’s battery life.

That would of course also pit Google against the iPhone maker, Apple. Apple sells premium content, including thousands of feature films through its iTunes store. This content is easily placed on iPhones, iPods and the Apple TV. But the key word there is “sells,” movies sold through iTunes typically go for between $10 and $15. YouTube’s content would have the advantage of being free, but again, would only be from the one studio for now (Apple has deals with all the major studios).

Also, it seems likely that any feature film content on YouTube would be older films rather than new releases (to DVD). That has traditionally been the way the Hollywood studios dish out content that is ad-supported but free on the Internet. This would put the feature film-enabled YouTube more in line with the aforementioned Hulu and the rapidly expanding Netflix Watch Instantly content.

Update: MGM is the studio partnering with YouTube on the offering. As expected, older films (and old television shows) will be available to play on YouTube, while clips from newer ones will be up as well, according to The New York Times.

Also of note is a key quote from Jim Packer, MGM’s co-president:

“We will have some long-form videos up on YouTube, but I don’t think that’s the platform to have 30 or 40 movies up at once. I feel much more comfortable doing that on a site like Hulu.”