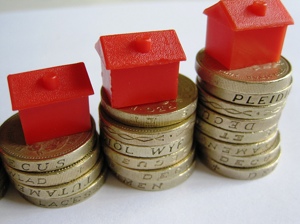 LinkedIn, the professional social network, began trading its shares publicly today and immediately soared to a market value of more than $8 billion — almost double the value of the company’s pricing yesterday.

What’s more, it comes on a day when the overall stock market is down.

Silicon Valley has been waiting for years for the new crop of technology companies to go public, and LinkedIn has been years in the making (check out the infographic below). The minting of millionaires at post-IPO companies like LinkedIn inspire other entrepreneurs to want to do great things. And the employees at these companies take their millions and buy new homes, so LinkedIn’s IPO will probably lead to a little blip in prices on the high-end of the Silicon Valley housing market in a few months, after the lock-up is over. The Valley, like other places in the country, has been in a housing trough. LinkedIn, with more than 1,000 employees,  is based in Mountain View, Calif.  With Facebook (more than 2,000 employees) expected to go public next year, more wealth is expected to be transfered from main street investors to the techies in the valley (Zuck’s recent home purchase, of course, is just an early indicator). Zynga may follow.

The company began trading under the symbol LNKD on the New York Stock Exchange. The shares briefly hit $92.99 earlier this morning. They’re now at $87.

The stock is doing well because of the perception that LinkedIn will benefit from its status as the front-runner professional social network. LinkedIn is not quite as popular as Facebook, which is valued in the private market at more than $50 billion. But it is tapping all kinds of information about professionals, at a time when brands, ad networks and others increasingly are interested in social information about people. LinkedIn will likely to be able to use that information in innovative ways going forward.

The company was founded by Reid Hoffman (left in photo). Hoffman told me in an interview five years ago that he believed the company was finally hitting a “tipping point,” that is, becoming a go-to place for Silicon Valley professionals to list their profiles. He hoped it would then spread from the Valley, and it has. Jeff Weiner (right) is now chief executive.

LinkedIn Corp.’s initial public offering Wednesday night was priced at $45 per share, at the high end of the company’s initial target. The company has raised $353 million in its IPO. The company’s value is the largest for a U.S. Internet company since Google went public in 2004.

[Research and design by The Credit Score Blog]