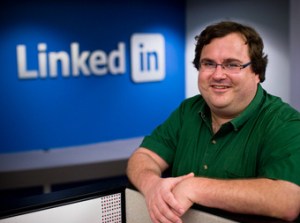 LinkedIn on Thursday released its second-quarter earnings, its first time reporting such numbers as a public company. Its revenue for the quarter registered at $121 million, an increase of 120 percent compared to $54.9 million for Q2 2010. And the company’s net income for the second quarter was $4.5 million, which barely bests $4.3 million from Q2 2010.

The earnings outpaced forecasts by Wall Street analysts, who expected a loss of 4 cents per share on $104.5 million in revenue.

LinkedIn was one of the first major tech companies to go public this year, and it will be closely watched as other high-profile social businesses, like Facebook and Zynga, go public.

“In the second quarter, we saw record levels of members, unique visitors and page views, while revenue growth further accelerated,” said Jeff Weiner, CEO of LinkedIn, in a statement. “Going forward, we plan to continue to invest in our team, technology and products in order to increase the value we deliver to members and realize the full potential of the LinkedIn platform.”

Mark Cannice, professor of entrepreneurship at University of San Francisco’s School of Management, writes the quarterly Silicon Valley Venture Capitalist Confidence Index Report. He says LinkedIn is an important company to watch to determine whether other firms are overvalued or undervalued and whether we are in a social bubble.

“These earnings provide one important data point to tell us whether we are in a social media valuation bubble,” Cannice said. “Because LinkedIn’s revenues exceeded expectations, this implies that we may not be in a bubble.”

LinkedIn’s share price closed on Thursday at $95.81, but it quickly shot up to more than $100 per share in after hours trading after earnings were announced.

Are you surprised with LinkedIn’s strong performance?