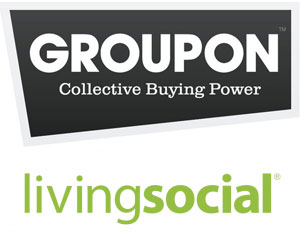 More bad news for Groupon, the group-coupon company heading for an IPO. Its share of the group-buying market declined in May, according to the latest report from Yipit, a site that aggregates deals from 482 sites.

Yipit’s report tracked 17,958 discounts offered in May across 30 North American cities including Miami, Atlanta, New York, Dallas, Denver and Toronto. Groupon had 48 percent of the group-buying market in May —  down four percentage points from the previous month.

Groupon’s biggest competitor, LivingSocial, saw its market share rise four percentage points from the previous month to 24 percent in May. Trailing the two largest group-deal sites in May were TravelZoo, BuyWithMe and Gilt City, according to the report.

Chicago-based Groupon filed a $750 million initial public offering earlier this month despite heavy criticism about the company’s long-term sustainability. The company has consistently lost money every quarter since launching in 2009 except for the first quarter of 2010, when it brought in an $8 million profit.

One reason for Groupon’s inability to generate a profit could be due to the company’s rapid rate of growth. At roughly half the size of Groupon, LivingSocial doesn’t have that problem.

If LivingSocial can turn a profit despite its smaller size, it may become the more successful group deals company by default.