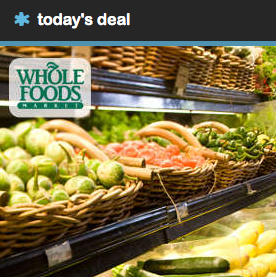 This is the first time LivingSocial has offered a deal from a nationwide grocery store, although national deals have become fairly commonplace.

Large deals like this are part of LivingSocial’s strategy to draw in new customers to its daily email list. The daily deals company probably isn’t taking its usual 50 percent cut of the revenues brought in by the deal either.

The Washington D.C.-based startup has $632 million in funding to date. As we reported in June, LivingSocial is prepping for an initial public offering valued between $10 billion to $15 billion.