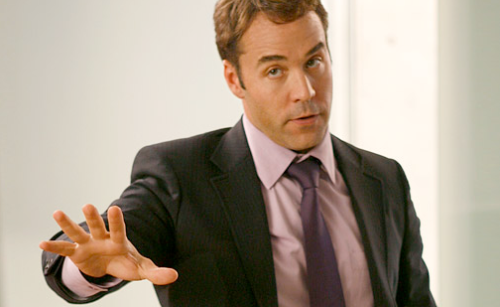 As more location-based services come out, one definite problem I’ve been experiencing is a lack of membership. That is to say, most of them work great, but no one I know really uses them, making them fairly useless. Whrrl, the location-based social network has a new feature today that may up its adoption.

The service had teamed up with Deep Focus which handles the marketing for the cable television channel HBO to promote the hit show Entourage. Entourage follows the exploits of an up and coming actor in Hollywood who has brought his friends along for the ride (his “entourage”).

This promotion isn’t a straightforward advertising campaign however. Instead, all of Entourage’s primary characters now have Whrrl accounts. This means that you can follow what bar Turtle, Drama, E and Vinny Chase (characters from the show) are in. Or find out where super agent Ari Gold is screaming at his assistant Lloyd.

Of course all of this information is fake — as these characters are fake, but it’s still kind of fun. It adds a fictional element to the service and allows for deeper interaction with Entourage if you love that show. This reminds me of how another hit show, AMC’s Mad Men, has its characters on Twitter (though they weren’t actually created by AMC, and the channel tried to remove them before realizing that was stupid). Many users of the micro-messaging service are following the tweets of characters like Don Draper and Roger Sterling while they talk, in character, to other Twitter users.

Whrrl will allow users to add individual Entourage characters as friends, or follow the group as a whole. In addition to location updates, there will be character commentary much like I described above for the Mad Men characters on Twitter.

It will be interesting to see if certain locations in the series (with is primarily based in Los Angeles) become more popular when users start getting updates from the Entourage guys. That could add a whole other marketing layer to this.

Whrrl’s parent company Pelago raised a $15 million second round back in May. Pelago was also the first company in venture capital firm Kleiner, Perkins, Caufield & Byers‘ portfolio to join Kleiner Perkins’ iFund, the $100 million fund which the firm set up to spur iPhone application development. Its iPhone app launched in July with Apple’s App Store. The service is also available on a wide variety of other mobile devices.

Entourage’s new season starts on Sunday. Find out more about the promotion here. 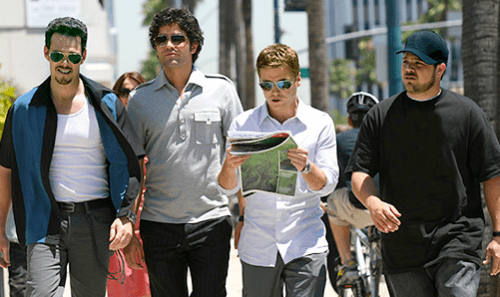