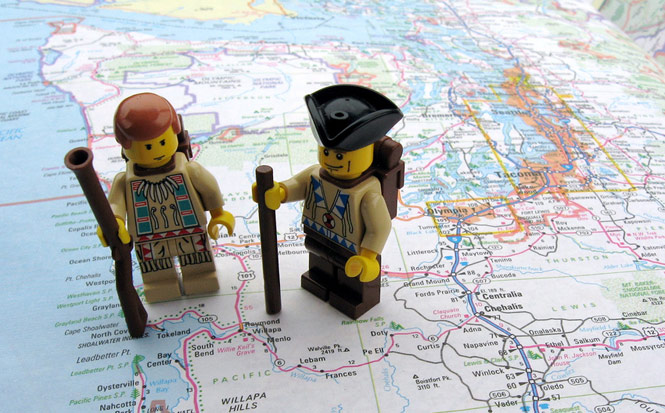 DETROIT — How do you succeed online in the crowded, noisy, and sometimes scammy local search market? If you’re Stik.com, you succeed by focusing on consumer transactions that are infrequent, expensive, and have a high cost of failure.

And by getting out of Silicon Valley and moving to Detroit, where, chief executive Jay Gierak says, he can get twice the talent for half the price. Of course, it also helps to be announcing a $2.5 million first institutional round of funding from Draper Associates and others, including Detroit Venture Partners.

“Recruitment wars are great for buzz but bad for business,” says Gierak. “There’s no reason to fight for talent in the Valley when you can find great talent elsewhere.”

Every six months, Gierak told me, a new class of Y Combinator graduates would be recruiting his CTO and engineers. In Detroit he can find great talent, pay less for it, and count on better retention as well.

Succeeding in any industry is easier when you focus on massive differentiation from your rivals. 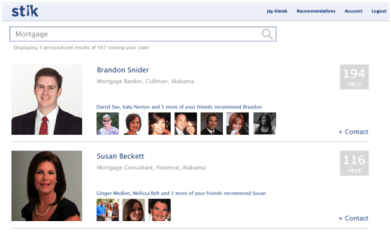 “We replicate the word-of-mouth referral experience offline and bring it online,” says chief executive Jay Gierak. “But we do it with three key differentiations.”

The differentiation part is important, because a lot of companies want to own local, from FourSquare to Google to legacy iYPs to scammy-looking page scrapers.

The differences Gierak is talking about include a strong category focus on mortgage, insurance, and real estate verticals — the very definition of infrequent, expensive, and high cost of failure transactions. Plus, Stik developes its user reviews differently, focusing on the business first, not the end user … an extremely unusual tactic. And finally, Stik offers a very deep Facebook integration that affects everything users see on the site.

That focus has helped Stik build an inventory of 150,000 businesses in its extremely limited categories, with more than 2.5 million reviews cumulatively.

That’s a significant number because the verticals Stik serves are not typical categories with huge numbers of reviews, like restaurants, entertainment venues, and coffee shops. As Gierak says, “Yelp is built on restaurant hobbyists … but it turns out there are no mortgage broker hobbyists.”

Gierak attributes the traction Stik has within its verticals to its minimal expectations from users. Business owners, he says, can get value from Stik within two minutes of signing up, and users don’t need a lot of time, effort, or expertise. He’s not impressed with the typical dashboard model that most local search companies follow.

“Everyone wants to do a dashboard,” he told me. “It’s a classic engineering approach … but there’s no way you’re going to get a guy who’s running a dry cleaner to sit in front of a dashboard with charts and graphs.”

In some local search applications — Yelp, we’re looking at you — reviews are too easy to game or purchase. But it’s not just a Yelp problem; it’s industry-wide. Stik avoids fake positive reviews and fake competitor-dissing reviews by tying all reviews to a Facebook identity, which is much harder to game.

I’ve been in Detroit covering the tech startup scene here, and Stik is a significant local success story. Gierak started building the site in Silicon Valley a few years ago and took a seed round investment from Tim Draper. Now he’s back in Detroit and will be announcing a $2.5 million series A round of funding by Detroit Venture Partners and Tim Draper.

Dan Gilbert, billionaire entrepreneur and principal in Detroit Venture Partners, sees it as a significant win for Detroit:

“The fact that Stik.com is moving to the M@dison Building from Silicon Valley is more proof that downtown Detroit’s energetic tech core has something to offer up-and-coming technology companies.”

Gierak plans to use the funding round to expand his team. And while he’s currently in a coworking-style space owned by Detroit Venture Partners in downtown Detroit, he’s looking for other space already.

Given the availability of cheap prime real estate in the area, Gierak is thinking of acquiring a funky old warehouse, with half for his and other companies, and half for an indoor basketball court.

Try getting that in San Francisco.