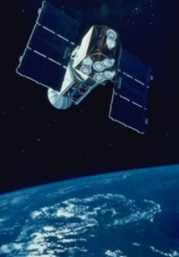 There’s smoke, there’s fire, and then there’s a volcano the size of Olympus Mons on Mars erupting and turning the ground into an ocean of burning lava. Such is current state of speculation surrounding the 3G iPhone.

There’s really no point in beating around the bush at this point. The new iPhone is coming on Monday. You know it. I know it. We all know it. If Apple were not to announce it at this point, it would be perhaps the largest letdown in the history of the company. That simply won’t happen.

If you still have any doubts, look no further than some of the rumored 3rd party announcements that are beginning to trickle out as we approach the WWDC. What do a lot of them share in common? They are location-centric. While the current iPhone has location recognition capabilities for its Google Maps application, it is GPS technology that will be needed to be the lifeblood for these apps. The current iPhone does not have GPS. The new one almost certainly will.

We’ve already written about Whrrl, a location-based social network that was the first application to be accepted by Kleiner Perkins’ for the $100 million iFund. Is there really any question that this was built to use GPS?

Yelp is also apparently working on a native iPhone application that will be location-driven, according to CNET. This could be a game-changing app because it will utilize Yelp’s already expansive list of local establishment ratings and reviews and serve them to you automatically based on where you are. The application will be able to do this thanks to GPS.

There will be others as well. Brightkite, Loopt, Plazes, FireEagle — all of these are likely to be important, if not major, players as location technologies become more mainstream. Given the iPhone’s elegant user interface and great usability, it is likely to be the device that will lead the way. It just needs that GPS chip. And it will get it.

Twitter is the current leader in the micro-blogging/micro-messaging sphere, but if it doesn’t act soon to offer some sort of location capabilities, it will get left in the dust. Is anyone going to want to type out their location, when your phone can send it automatically for you? This could be something to watch for in the coming months as Twitter will likely be bogged down trying to fix its architectural problems.

The GPS-enabled iPhone is coming — is your application ready?