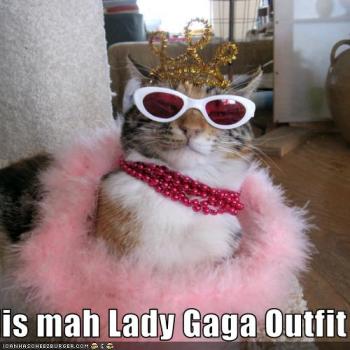 Reddit co-founder Alexis Ohanian has replied to Huh’s offer on his blog. He says that he would be “very surprised” if Reddit were sold, but considering all of Huh’s accomplishments, they should probably chat at some point.
—

Following the hubbub around Condé Nast’s refusal to run ads supporting California’s Proposition 19 — which would legalize certain marijuana-related activities — comes an offer to buy the site from the unlikeliest of sources.

Ben Huh (pictured below), the man who helped popularize Lolcats (those omnipresent cat pictures with funny captions) with the blog I Can Has Cheezburger?, offered to buy Reddit via a post on The Daily What (yet another site on his network).

The letter reads as follows:

Hi TDWers, I’m Ben Huh, and I run the Cheezburger Network (which includes The Daily What, if you were too Prop 19’d to notice). I have made this offer privately to a few people associated with Reddit, and I’ll say it publicly now:

I believe that Reddit is one of the best communities I have seen on the Internet. I also believe that Reddit would benefit from more resources and less corporate interference. We can offer all of the above. And we’d love to buy Reddit and all those pesky troublesome users that we love so much.

Condé, we’ll be waiting for a call.

In a Time feature last year, it was clear that Huh’s network was no flop. “Pet Holdings managed to haul in seven figures from advertising, licensing fees and merchandise sales during the first six months of this year, according to a report given to Huh’s investors,” writes Time’s Laura Fitzpatrick. In July 2009, the network grabbed 10.4 million unique visitors. By May 2010, that number jumped to 16 million visitors, according to the New York Times, which reported data from the analytics firm Quantcast.

Huh certainly has the means and will to purchase Reddit, and he’s the sort of owner the Reddit community would be less prone to revolt against. He maintained that he’s “totally serious about buying Reddit” and that it “would do better under a strange and weird start-up like us, rather than a corporate giant like Conde Nast,” when asked for comment by TechCrunch.

Condé Nast purchased Reddit in 2006 via Wired Digital, but the news site revealed recently that it was unable to convince Nast to send more resources its way. The site began testing a premium membership last month, dubbed Reddit Gold, that would allow diehard fans to gain access to certain features, and generate more money for the site in the process.

Top image via I Can Has Cheezburger?