1Mind, an app for fostering real friendships, is launching today to help you find compatibility in acquaintances and develop meaningful platonic relationships.

The app (for web, Android, and iOS) lets you take a personality test, then it invites you to play voting games — which dog is cuter, which cuisine is better, which politician is smarter.

There are lots of voting apps out there, but 1Mind takes it to the next level: It matches you up with others who think like you do and who have compatible personalities. And these aren’t just rando creepers; they’re people who live in your town, come from the place you were raised, or went to your school.

“We suck in your Facebook data, and we prioritize people based on that, but we’re not a geolocation-based app,” said 1Mind co-founder Derek Dodge in a recent phone chat with VentureBeat.

[Disclosure: Derek Dodge is the son of Google Ventures advisor Don Dodge, a personal friend of the reporter.]

“There’s a reason we ask for that data and we have you take a personality test, and it’s because we’re looking for people who are deeply compatible. It’s not like everyone on the service is going to get ahold of you. … We’re not a dating service, but we do look deeply at who you are as a person and the choices you make.” 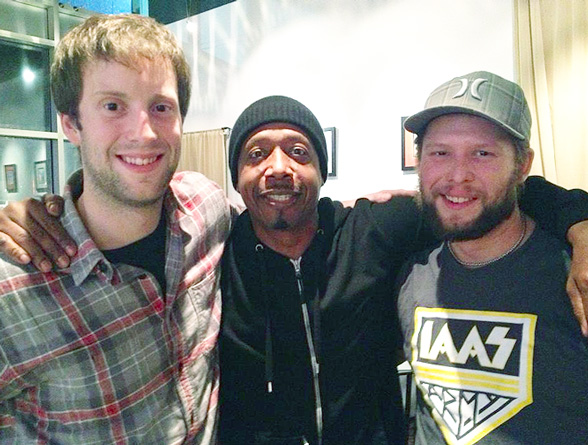 And what does MC Hammer, pictured above, have to do with it?

The artist is a Dodge family friend and advisor of 1Mind “He’s very into building communities,” said Dodge, who also pointed us to a special MC Hammer compatibility test.

Dodge decided the world needed this kind of app when he was a student at the University of New Hampshire.

In an era of digital oversaturation, those real-world connections are becoming more difficult to establish. We hide behind our computer screens and tap away at our phones, often oblivious to the outside world. And the connections we make via social media aren’t always the most genuine or accurate.

“A lot of people create personas they want to put out, not necessarily who they really are,” said Dodge. “And people are a little more hesitant, but I think we cut through a lot of that.”

Next features may include contextual ads as well as filtering — e.g., you could choose to see only people who live in San Francisco.

“There’s a whole world of exciting opportunities,” Dodge said of the app’s future.

“Throughout peoples’ lives, [1Mind] is valuable … even for older individuals who’ve been around for a while. It’s a natural human curiosity to find people who share your views and interests.”