Miles Beckett and Greg Goodfried, the creators of Internet video shows lonelygirl15 and KateModern, have raised the money for EQAL, a social entertainment company which says it is dedicated to “changing the way content is consumed.” Their focus is on the Internet, where interactivity trumps passive viewing.

lonelygirl15, created in June 2006 by Miles Beckett, Greg Goodfried, and Mesh Flinders, became a huge sensation on YouTube. Including KateModern, which launched on Bebo in 2007, the shows have been viewed over 150 million times. The lonelygirl15 show stirred controversy when Silicon Valley Watcher’s Tom Foremeski’s son, Matthew, uncovered the identity of the anonymous 15-year-old girl, Bree, as an actress — not the amateur most had assumed. The show was basically a video journal of a teen-age girl’s angst. 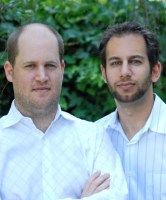 The company was formerly known as LG15 Studios/Telegraph Ave. Productions. The new company name means that the community built around the property is as important as the characters in the show. That means that people who leave comments about plot points shouldn’t be surprised if the show actually takes them up on their suggestions. It also suggests that outsiders have a chance in Hollywood. Beckett, a former surgeon, will be CEO.

In an interview with Business Week, the founders say they have steered clear of aligning with major media companies. “We’ve talked with all of them,” says Beckett. “We’ve talked to MySpace ( NWS) and Bebo, everyone, and we’d rather stay independent and pursue our own vision.”