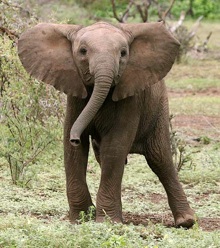 TellMe, a voice-recognition software company is at work on an application for Apple’s iPhone. This in and of itself may not be surprising, except that TellMe is owned by Apple nemesis Microsoft. Yes, Microsoft, at least by extension, is developing on the iPhone.

But we’ve actually known that would probably be the case for a while now. Back in March, the software giant indicated its interest in getting its popular office suite applications, Microsoft Office, on the iPhone. It is a growing platform after all, and Microsoft has to fend off Google Docs which is available on the device — and other mobile devices — by way of the Internet. At the time, TellMe told Fortune it hoped to get its software on the iPhone sooner rather than later.

But as with all things regarding Microsoft and Apple, time is always an issue. “I’m not sure we can squeeze it out this year given everything we’ve got going on,” TellMe senior director Dariusz Paczuski told CNET’s Ina Fried yesterday. He went on to say that iPhone users can expect an app sometime before the end of the current fiscal year — which ends in June…2009.

So sometime in the next nine months, Microsoft’s TellMe will have an app ready to go. Uh, this is an iPhone app and not a baby, right? What the hell could possibly take so long?

CNET notes some “challenges” presented by the iPhone for TellMe, including the fact that it has a touch screen rather than buttons. Come on, are you serious? Every other application seems to get around that issue just fine.

While I’m sure Microsoft has TellMe working on many other things more related to its business, by the time this app comes out, there could already be another version of the iPhone ready to launch. One with new features that could screw up development of this app.

Even when Microsoft has a team only dedicated to developing for the Mac — as it does with the MacBU team, it takes them forever to get something done. The team’s version of Microsoft Office was one of the — if not the — last applications to be made Universal (meaning it would run on both the old PowerPC and the new Intel chips Apple uses). Far more complex programs such as Adobe’s Photoshop were made Universal months before.

So Microsoft is working on an iPhone app, which is cool, but as with all things between them and Apple, it’s going to take some time.