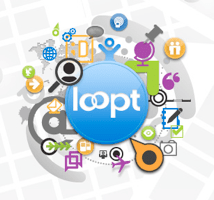 Loopt, the location-based social network, uses GPS technology in cellphones to figure out where you are. Because of this it can tell you things such as which of your friends are around you, or what restaurants you are near. Unfortunately, the cost of accessing this GPS data, doing a “dip” as it’s called, has been very prohibitive. Consumers may not realize it as much, but it’s a problem in selling an application like Loopt to carriers. As Loopt founder Sam Altman told me, “the economic model had to change.”

Loopt has reached deals with both Qualcomm and SiRF to give it unlimited dips of GPS data for one flat fee, Altman announced at MobileBeat 2008 today. What does this mean? Nearly every phone with a GPS chip right now will be able to use the Loopt application for a much better deal.

The carriers and handset makers still have to buy into this new plan, but you can be sure that is going to happen now that Loopt has this deal.

Loopt has been garnering a lot of buzz recently as devices such as the iPhone 3G are bringing GPS-based apps more into the public consciousness. Loopt is attempting to be the main player in this the location-based networking arena. It faces competition from the likes of Pelago’s Whrrl.

A source close to the company tells us that this announcement will be huge because Loopt is working on a location-based ad network of some kind. Obviously something like will work better the more times the app is able to pull in GPS data. Now, there is no cost restriction in doing that.